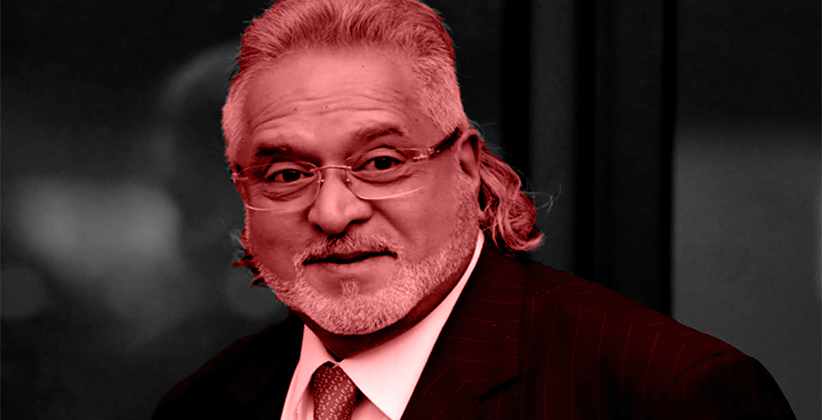 On Thursday i.e. 14th May 2020, Vijay Mallya lost his appeal against his Extradition in the UK Supreme Court.

Last month on 20th April 2020, Mallya had filed an application to Appeal in the London High Court against an Extradition order to India on the charges of fraud and money laundering related to the unrecovered debts to Kingfisher Airlines. The High Court dismissed his appeal against a Westminster Magistrates' Court's Extradition order certified by the UK Home Secretary.

After thE judgment, a 64-year-old businessman had 14 days to file this application to seek permission to move the Higher Court.

The UK Crown Prosecution Services (CPS) said that Vijay Mallya's appeal was rejected on all three counts i.e. of hearing oral submissions, grant a certificate on the question as drafted, and grant permission to appeal to the Supreme Court.

With this Mallya has lost all his legal options. A final call will be taken by UK Home Secretary Priti Patel.

Earlier this week, the Indian Government's response to the appeal application had been submitted.

A few hours ago, he asked the Indian Government to accept his offer to repay 100% of his loan dues and close the case against him.

Mallya lamented the above while congratulating the Indian Government over the Rs. 20 Lakh Crore's economic package and said that his repeated offers to repay the dues have been ignored.

Vijay Mallya is a 64-year-old businessman who owes 17 Indian banks an estimated Rs. 9,000 Crores. He is accused of fraud and money laundering in the country.

Mallya an ex-chairman of United Spirits and also a former Rajya Sabha member. He has also served as a chairman of the United Breweries Group and chairman of Sanofi India and Bayer CropScience, among other companies.

Of all his business, he was mainly associated with now-defunct Kingfisher Airlines.

Mallya inherited Kingfisher Beer Brand from his father and turned it into India's bigger Spirits maker.

Kingfisher was not as successful as other Businesses and ended up being the biggest failure.

Kingfisher started in 2005, was grounded in 2012 after a burgeoning debt burden made it impossible for the beleaguered airline to continue operations.

The Airline was investigated for financial irregularities.

On 2nd March 2016, a clutch of Public-Sector Banks moved the Debt Recovery Tribunal against him. On the same day, he left the Country.

In January 2019, he was declared as a fugitive offender under the Fugitive Economic Offenders Act.

The Indian Government made all the efforts to extradite Vijay Mallya from the UK. Since he lost his application to appeal Extradition from both the High Court and the Supreme Court of the UK, he will be now extradited within 28 days to India.

Madras HC : Cost Of Rs. 20,000 On Litigant For Seeking Directions to build a Mobile App And Website For Liquor Sale [READ ORDER]

Reason for Keeping a Person in Quarantine for 14 Days to be Justified: Delhi HC to State Govt