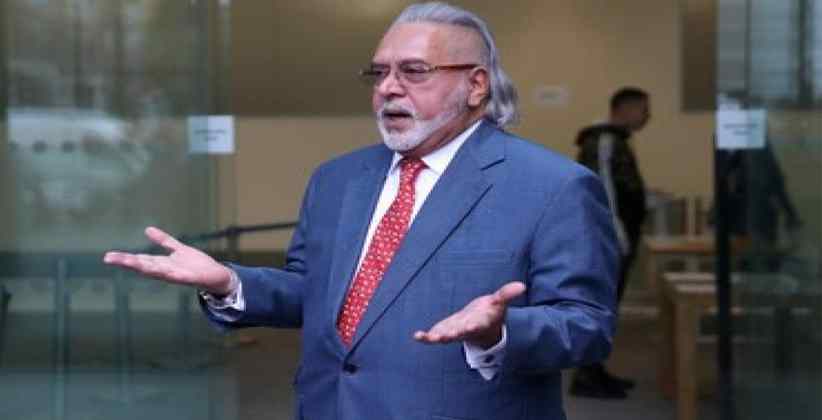 India’s first declared fugitive businessman Vijay Mallya’s extradition to India is likely to get stalled as he has now sought asylum in the United Kingdom on humanitarian grounds.

Last week, an IANS news report on June 04, 2020, had suggested that Vijay Mallya could be extradited to India soon after he lost an appeal against extradition in the UK High Court. But the British High Commission had dismissed the reports, saying that there was a "further legal issue" that had to be resolved before the businessman could be extradited.

Sources in the investigation agency had disclosed that he would be flown to Mumbai accompanied by the Central Bureau of Investigation (CBI) and the Enforcement Directorate (ED) officials. It was also reported that at the Mumbai Airport, a medical team was doing his health check-up. If he would have landed in Mumbai, he would have spent some time at the CBI office in the city and later would have been produced in a court later in the day.

In August 2018, while hearing Mallya's plea, a UK based court had asked the Indian investigative agencies to share details of the prison where he would be kept after extradition. In response, the agencies had then shared a video of the cell at the Arthur Road Jail, Mumbai, where they planned to keep Mallya after extradition. The agencies had further informed the UK court that post-extradition Mallya would be lodged in one of the high-security barracks located in a two-story building at the Arthur Road Jail complex.

As a matter of fact, the Arthur Road jail has housed some notorious names from the underworld and the terror outfits like Ajmal Kasab, the sole terrorist arrested for the 26/11 Mumbai attack, Abu Salem, Chota Rajan, Mustafa Dossa and Peter Mukherjea among the others.

Mallya is declared wanted in India for the Rs 9,000 crore loan default case in which 17 banks are reportedly involved. He had lost his appeal in the UK top court on May 14, 2020, against extradition to India.

It is now known from the sources that Mallya has sought asylum on humanitarian grounds, particularly under Article 3 of the European Convention of Human Rights, 1950 (ECHR), meaning thereby even if his extradition to India happens, it would be pushed further into the future.

Article 3 of the ECHR is as follows:

Prohibition of torture: No one shall be subjected to torture or to inhuman or degrading treatment or punishment.

The meaning of torture has been expanded over time to include harsh medical conditions. It is Mallya’s case that his health could be in danger if he is extradited, given medical conditions that have progressed since this argument was considered and dismissed in the extradition proceedings over the past few months.

Under Article 2 of the ECHR, Mallya’s defense team had previously raised doubts about prison conditions in India, which is likely to be an issue even though a dedicated cell is set up for Mallya in Mumbai’s Arthur Road jail.

Article 2 of the ECHR is as follows:

The UK Home Office typically takes six months to come to a decision, although it could vary depending on the complexity of the case. In case the Home Office does not grant him asylum, he still could file for an administrative review of that order.

Cancel CBSE Exams to Be Held In July, Declare Results Based On Internal Assessment: PIL Filed In The Supreme Court [READ PETITION]

High Courts Well Within Their Jurisdiction to Take Cognizance of The Violation of The Fundamental Rights Of Migrant Laborers: SC