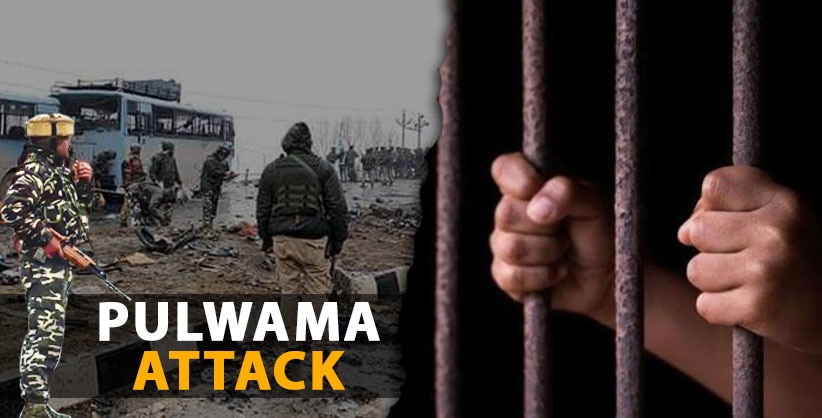 A special court in Bengaluru has sentenced a 22-year-old man to five-year jail term for "celebrating" the Pulwama attack, which claimed lives of 40 CRPF personnel on February 14, 2019, by posting derogatory comments on Facebook.

"He commented for more than 24 times and he celebrated the death of the great souls as if he is not an Indian," Additional City Civil & Sessions Judge (Special Judge for trial of NIA Cases) Gangadhara CM pointed out.

The court held Faiz Rashid guilty of the offences punishable under sections 153A and 201 of IPC and section 13 of Unlawful Activities (Prevention) Act.

His counsel contended that the convict had not anything except posting derogatory comments when he was just 19 years old and studying in an Engineering College. He further said he had no bad precedent.

"In this case, 14.02.2019 is the Black Day in the history of India. A banned terrorist organisation Jaish-e- Mohammed made a suicide attack on the Indian CRPF Jawans at Pulwama through the suicide attacker Adil Ahammed Dar. In the said incident, more than 40 Jawans sacrificed their lives for the nation. Due to the said incident, the whole nation was immersed in an ocean of sorrow. In this situation, the accused celebrated the death of more than 40 Indian Jawans," the court said.

An FIR was lodged with Bansasawadi Police Station in Bengaluru on February 17, 2019 alleging after the Pulwama incident, a person who was having a Facebook account in the name of Faiz Rasheed posted comments by supporting the acts committed by the terrorists with an intention to disrupt the sovereignty and integrity of India and to promote enmity between different groups on the ground of religion such as “Ek musalmaan 40 par bhaari pad gaya Kashmir ka hero”, “ye tho mob lynching, ram mandir, 2002 ka chota sa badla tha.. trailer samajna kyunki picture abhi bakhi hai” and “how's the khauf Indian army??”.