Home Judiciary A Major & Educated Woman Is Supposed To Be Aware Of The Consequences Of Having Sex With A Man Before Marriage: J&K HC [Read Judgment]
Judiciary

A Major & Educated Woman Is Supposed To Be Aware Of The Consequences Of Having Sex With A Man Before Marriage: J&K HC [Read Judgment] 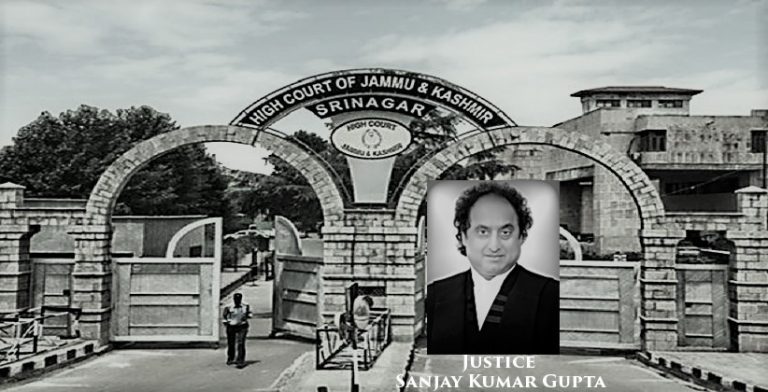 The Jammu & Kashmir High Court in the case of Sunil Kumar v. State of J&K and anr. has observed that when a woman is major and educated, she is supposed to be fully aware of the consequences of having sexual intercourse with a man before marriage.

Justice Sanjay Kumar Gupta was hearing a petition filed by the accused seeking to quash the FIR and the complaint filed against him by the prosecutrix alleging that she was subjected to sexual assault on the marriage promise.

The court observed that where there is a mere breach of promise of marriage and before breach they have sexual relationship, that sexual indulgent may amount to consensual one and not rape as defined in Section 376 of the Ranbir Penal Code.

On examination of the contents of the complaint, the court said that it is evident that complainant has admitted the fact of her relationship with accused since 2010 and there was a love affair between them. She has also admitted her engagement with the accused and that her marriage was fixed for November 11, 2017.

The court taking note of Section 375(4) of the Ranbir Penal Code remarked that “Now-a-days there are cases where boy and girl having love affair, indulging into sexual relationship and ultimately ending into a breakup. Undoubtedly that amounts to consensual sexual relationship as they were in love with each other.”

The court said that if there is sexual intercourse with consent but obtained by fraud, it amounts to rape, but promise to marry cannot be said to be an inducement in all cases and it differ from facts of case.

“When a woman is major and educated, she is supposed to be fully aware of the consequences of having sexual intercourse with a man before marriage. In the event of consent obtained by fraud, inducement is a necessary ingredient. There should be some material on record to believe prima facie that the girl was induced by the accused to such an extent that she was ready to have sexual intercourse with him. Promise to marry cannot be said to be an inducement in all cases, it differ from facts of case. Thus, promise to marry in all cases cannot be a condition precedent to have sex,” the court said.

Further, the court observed that “even if the allegations made in complaint are taken as it is, no case of rape is made out, as the prosecutrix is major and she has known the petitioner since 2010; she would be aware of the result of sexual relationship; she had herself gone with accused at various places as per complaint and indulged into sexual relationship.”

Thus on the basis of the above observations, the court allowed the petition and quashed the FIR filed against the accused.

The J.N. Tata Endowment For The Higher Education Of Indians [Apply By March 18]