The Punjab and Haryana High Court ruled on February 6, 2020 that Aadhar is not a “conclusive proof of age”and more credence should be given to birthand matriculation certificates.

The Division Bench of Justice Meenakshi Mehta and Daya Chaudhary said in an order, while hearing a divorce petition from Ludhiana- “These are generally considered as conclusive proof of one’s age.”

A couple came before the Family Court in Ludhiana last yearasking for divorce on mutual consent under Section 13-b Of Hindu Marriage Act. But the trial court dismissed their petition on the grounds that date of birth of wife (15.08.1987) as mentioned in her Aadhar card and the the date of marriage of couple that is 26.11.2004, shows that wife is yet to attain 18 years and is not a major. It was not a valid marriage and hence they can not invoke the provisions of the Act.

Further the court said that parties have amicably settled the dispute and come to a conclusion to live separately- “the endeavour of the court in such cases should be to bring the dispute between the parties to an end on the basis of their settlement”- order said.

Under Section 13-B of the Hindu Marriage Act, 1955, the parties can seek divorce by mutual consent by filing a petition before the court. Mutual consent means that both the parties agree for peaceful separation.

When can such divorce be filed?

Parties intending such divorce shall wait for a year after the date of marriage.

They have to show that they have been living separately for a period of one year or more before the presentation of the petition for divorce and that during this period of separation they have not been able to cohabitate like husband and wife.

Where to file the petition ?

In the family court of the city / district where both the partners lived together for the last time, which was their matrimonial home.

If either of the spouse has not being heard of, from a long time, should the divorce be applied?

If there is proof of the absence of a spouse without any information to the other spouse about his whereabouts for a continuous seven years' period, a petition should be filed in this regard in the court. 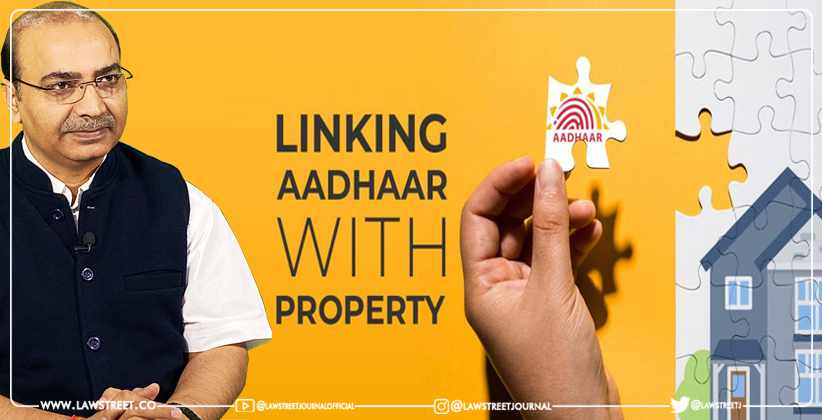 Judiciary Apr 06, 2022 Lawstreet News Network ( Editor: Adv. Jhanak Sharma ) 5 Shares
5 Shares
The Delhi High Court on April 05, 2022 granted further time to the Central Government to file its counter affidavit in the PIL seeking linking of property documents with Aadhar Card. The Division Bench of Acting Chief Justice Vipin Sanghi and Justice Navin Chawla has fixed the next hearing on 14 September. Notice in the matter was issued in July 2019. The PIL filed by Advocate Ashwini Upadhyay seeks directions to be issued to the Central government as well as the Delhi Govt. to take...
Read full post