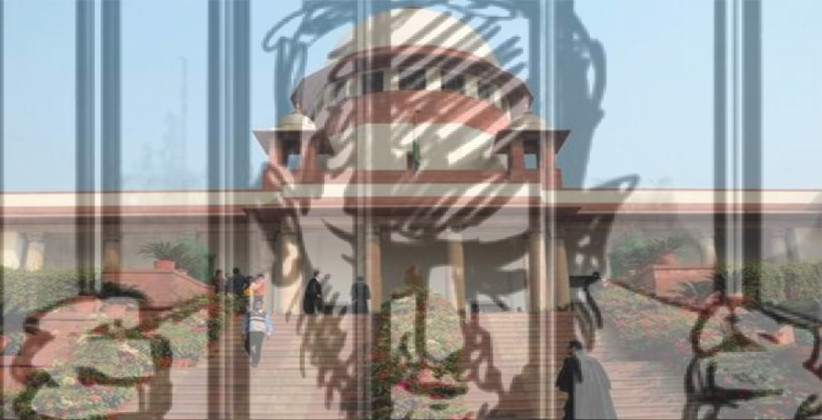 Judiciary Mar 29, 2019 Lawstreet News Network 1 Shares
1 Share
The Supreme Court on March 25, 2019, in the case of Goverdhan Dass v. Chaman Lal and Others, has observed that an accused convicted for an offence punishable with life imprisonment cannot be released on probation under Probation of Offenders Act, 1958.

In the appeal filed by the complainant and state, the Bench observed that "There is no dispute that an offence under Section 326 IPC which carries a sentence of life imprisonment cannot be compounded either under Section 360 Cr.P.C. or under Section 4 of the Act. In view of the observations made by this Court when the matter was remitted back, the High Court ought not to have applied the Act in view of the settled law." However, the Bench took into account the factors like the passage of time from the date of the incident, the age and health condition of the respondents, and sentenced the accused till the rising of Court. The amount of compensation was enhanced from Rs.75, 000/- to Rs.5 Lakhs. [Read Order]

Judiciary Oct 20, 2020 Arundhuti Deshmukh ( Editor: Ekta Joshi ) 1 Shares
1 Share
The Supreme Court has deprecated the “inordinate delays” by government authorities in filing appeals before it and said they “must pay for wastage of judicial time” and such costs can be recovered from officers responsible.A bench headed by Justice S K Kaul said the apex court cannot be a place for the governments to walk in when they choose to ignore the period of limitation prescribed in the statute.“We have raised the issue that if the government machinery is so inefficient and...
Read full post

Judiciary Oct 19, 2020 Jishu ( Editor: Ekta Joshi ) 13 Shares
13 Shares
New Delhi, Oct 14, The Supreme Court Wednesday granted interim relief to over 3,600 teachers in Jharkhand by allowing them to continue in service as it sought response from the state government on pleas challenging the high court decision which had quashed its 'employment policy-2016'.The Jharkhand High Court on September 21 quashed the policy which prescribed 100 percent reservation for 10 years in grade III and grades IV government jobs for local residents in 13 scheduled districts.It had...
Read full post