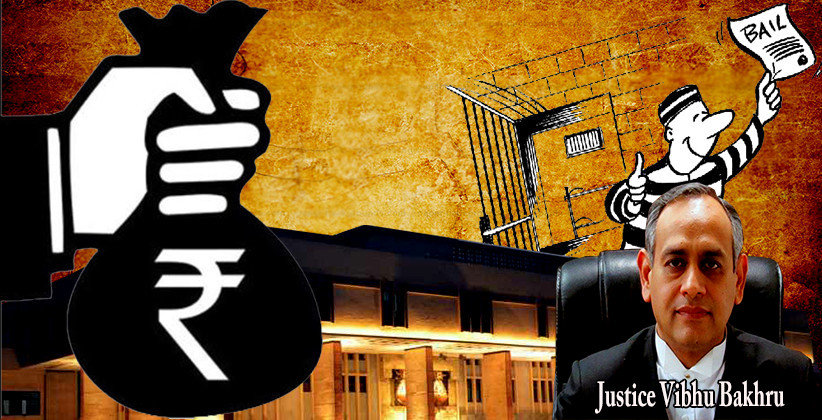 The Delhi High Court on September 23, 2019, in the case of Sainik Welfare Organization (India) v. State & Ors., has held that even if settlement fails and bail is cancelled, the accused is not entitled to receive the part payment of the settlement amount.

A single judge bench of Justice Vibhu Bakhru passed the ruling while hearing a petition filed by the petitioner impugning an order dated 05.11.2018 passed by the learned ASJ to the extent that it directed the petitioner to refund the money received from the accused in terms of the settlement arrived between the parties.

Following the FIR, the accused (respondent nos. 2 to 4) had filed applications seeking anticipatory bail in the said matter. During the course of the proceedings, the accused had expressed the desire to settle the disputes with the petitioner. Consequently, the parties were referred to the Mediation Centre, Tis Hazari Courts, Delhi. Before the Mediation Centre, the concerned parties arrived at a settlement and entered into a settlement agreement. In terms of the settlement, respondent nos. 2, 3 & 4 agreed to pay a sum of ₹4,50,00,000/- to the petitioner in settlement of its claims.

Although, part payments were made by respondent nos. 3 and 4, the respondents failed to pay the entire amount as agreed. This led the petitioner to file an application for cancellation of the anticipatory bail granted to the accused solely on the basis of the settlement arrived at between the petitioner and them.

The said application was allowed by the learned ASJ. Anticipatory bail granted to the respondent nos. 2 to 4 was cancelled. However, the Court directed the petitioner to refund the amount received from the accused within a period of fifteen days.

After considering the facts of the case, the High Court observed that “The only reason indicated for the same is that the money was given in terms of the settlement arrived at before the Mediation Centre which has not been fulfilled. Plainly, this cannot be the ground for directing return of the consideration paid by respondent nos. 3 and 4. They had secured an order of anticipatory bail on the basis of the settlement, which they had failed to perform. Clearly, they were not entitled to any order for refund of the amount paid to the petitioner.”

The High Court was also of the view that the learned ASJ had no jurisdiction to direct refund of any amount paid by respondent nos.3 and 4. “The question whether the petitioner is entitled to refund of the amount paid by it and/or damages and/or any other relief in respect of the transaction entered into by it, is not the subject matter of adjudication before the learned ASJ,” the court observed.

Accordingly, the impugned order, to the extent, it directed the petitioner to refund the amount paid by respondent nos. 3 and 4, was set aside by the court.