Home Judiciary 'Additional Bill Raised Will Not Be Hit By The Two Years Limitation Under Section 56(2) Of The Electricity Act': Supreme Court [READ JUDGMENT]
Judiciary

'Additional Bill Raised Will Not Be Hit By The Two Years Limitation Under Section 56(2) Of The Electricity Act': Supreme Court [READ JUDGMENT] 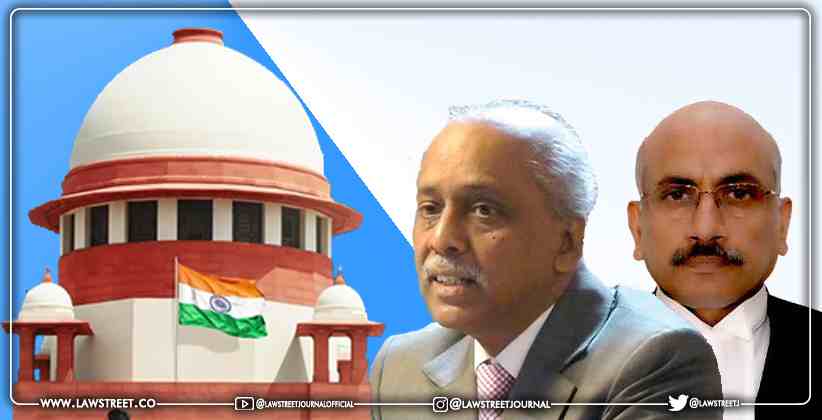 The Section of the Electricity Act, 2003 states that “no sum due from any consumer, under this section shall be recoverable after the period of two years from the date when such sum became first due".

The consumer had earlier appealed in the National Consumer Dispute Redressal Commission challenging the demand raised by the licensee, however, the NDRC rejected the claim of the appellant on the grounds that the bill raised was for the recovery of “escaped assessment” and there was no “deficiency of service” on the part of the company.

The consumer aggrieved by the decision appealed in the Supreme Court.

The appellant had filed the case relying on Section 56(2) of the Act which states that no amount due from a customer is recoverable after a period of two years from the date on which it became first due.

The appellant argued that since the bill had been due for more than that amount of time this section was applicable and hence the demand raised by the distributor is unlawful.

The appellant also highlighted the 2020 case of Supreme Court, Assistant Engineer (D1), Ajmer Vidyut Vitran Nigam Limited Vs. Rahamatullah Khan alias Rahamjulla, where it was held that electricity supply cannot be disconnected for additional demand raised after the two year limitation period to support his contention.

The Supreme Court bench consisting of Justices Hemant Gupta and V Ramasubramanian held in the issue concerned with whether raising the additional demand will amount to "deficiency of service" within the meaning of the Consumer Protection Act, that the raising of demand on the grounds that the bills raised during a particular period of time, cannot amount to deficiency of service.

Furthermore, it was held by the Court that if during an audit or through any other measure it had been found by the distributor that the consumer was short-billed, it is the right of the licensee to raise demand.

It held that unless the consumer disputes the claim of the distributor about the short assessment, he cannot hold the raising of demand as a deficiency of service.

The Court also stated that the impugned decision of the NCDRC was right that this is a case of “escaped assessment.

While reading the Section 56 sub-section 1 of the act which states that “where any person neglects to pay", it was held by the Court that the section speaks about the person who is supposed to pay the bill which is the consumer rather than the Electricity distributor.

The above-mentioned Section talks about taking certain strict actions such as disconnection in the context of the person who negligently does not pay the bill, however, it does not talk about the negligence of the power distributor.

Therefore, it was held that the negligence on the part of the power distributor is not covered under the said section. Consequently, any claim so made by a licensee after the detection of their mistake, may not fall within the mischief, namely, "no sum due from any consumer under this Section", appearing in Subsection (2).

Justice V Ramasubramanian provided another angle to view the interpretation of the issue, in which he stated that Subsection (1) of Section 56 deals with the “disconnection of electric supply if any person "neglects to pay any charge for electricity". The question of neglect to pay would arise only after a demand is raised by the licensee. If the demand is not raised, there is no option for a consumer to neglect to pay any charge for electricity. Sub-section (2) will not start running. So long as limitation has not started running, the bar for recovery and disconnection will not come into effect".

The appellant had completely built the case on the premise of Section 56(2), and during the analysis of this issue, the Court observed the judgement given in the case of Rahamatullah where it was held that the liability to pay begins as one starts consuming electricity, however, the obligation arises when the Licensed Distributor raises the bill. This means that unless the distributor has raised the bill the electricity charges cannot become “first due”.

It was further held that the provision, in case of a mistake or bonafide error does not preclude the licensee from raising an additional or supplementary demand after the expiry of the period of limitation.

Finally, it was held by the Court that after a thorough reading of Section 56(2) it can be seen that the bar contained therein is not merely with respect to disconnection of supply but also with respect to recovery. They further separated the section into two parts-

There are two distinct rights provided by the section - firstly, the right to recover and secondly, the right to disconnect. It was further stated that “what is extinguished by the law of limitation, is the remedy through a court of law and not a remedy available if any, de hors through a court of law.” Therefore, the second part of Section 56(2) is an exception to the laws of limitation.

The Electricity ActSupreme Court of India