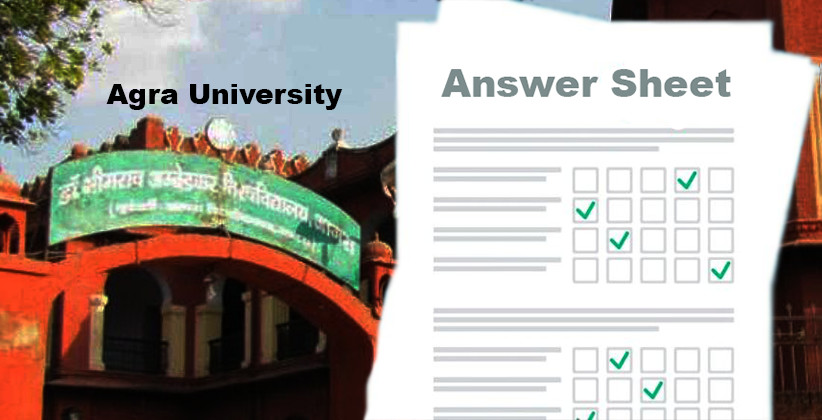 The Allahabad High Court on May 21, 2019, in the case of Devarsh Nath Gupta v. State Of U.P. and Others has directed the Agra University to pay Rs 1 lakh to a first year medical student for not exercising care and vigilance in checking the answer sheet in semester examinations at the University.

A Division Bench comprising of Justices Sudhir Agarwal and Rajendra Kumar was hearing a writ petition filed by Devarsh Nath Gupta, undergoing medical course i.e. Bachelor of Medicine at S. N. Medical College, Agra (affiliated to Dr. B. R. Ambedkar University, Agra), for irresponsible and unaccountable act of Examiners in performance of their duty to evaluate the Physiology paper.

Question paper of Physiology contained only five questions. First four questions were descriptive of 10 marks each and fifth question required Examinees to write short notes on two aspects, having 5 marks each. The answer sheet supplied to the petitioner showed that virtually it was not evaluated by Examiner at all. In an abrupt manner, in three questions, he was awarded 2 marks each, though no answer was found wrong.

The learned counsel for the University contended that in Agra University, there is no provision for revaluation or rechecking of answer sheet, therefore the result could not be published at the request of the petitioner.

The Bench placed reliance on a judgment in the case of Avinash Nagra v. Navodaya Vidyalaya Samiti and others (1997) 2 SCC 534 wherein it was stated that “The teacher either individually or collectively as a community of teachers, should regenerate this dedication with a bent of spiritualism in broader perspective of the Constitutionalism with secular ideologies enshrined in the Constitution as an arm of the State to establish egalitarian social order under the rule of law. Therefore, when the society has given such a pedestal, the conduct, character, ability and disposition of a teacher should be to transform the student into a disciplined citizen, inquisitive to learn, intellectual to pursue in any walk of life with dedication, discipline and devotion with an inquiring mind but not with blind customary beliefs.”

Referring to the above case, the Bench said that it was really shocked to see that these traditional belief on teachers are thrashed and demolished by persons like Examiner concerned in the present case, who has virtually failed to discharge his duty and failed to satisfy pious obligation, which students as well as University confided upon him that he will evaluate answer sheet properly and with application of mind.

Further, the Bench also expressed serious concern as to how Examination Committee of Agra University is selecting teachers for evaluation purpose. Considering the Agra University to be equally responsible, the Bench said: “There is no cross check system to prevent such injustice, where such scrupulous teachers have failed to discharge their duties in the manner they were expected to do so….They (Agra University) being Expert in the matter are under an obligation to provide at least a reasonably adequate safeguard so that such cases of failure of a teacher in evaluation may not happen.”

The Court directed the University to award average marks of three Examiners that the Court had earlier appointed to check the paper of the petitioner, who was awarded an average of 20 out of 50 in Physiology. The Court said that the University should correct his marks sheet and result and allow him to appear in further examinations accordingly.

Moreover, the Court also directed the University to pay a cost of Rs.1,00,000/- to the petitioner. However, the court said that the University shall have liberty to recover the amount from concerned Examiner, after holding such enquiry as provided in law.

Further, before parting with the case, the court said that “We hope and trust that Agra University, now shall take appropriate steps so that such irresponsible, scrupulous, unmindful and negligent Examiners/Evaluators are not deployed in future to evaluate answer sheets, whether it is a professional examination or general subjects or otherwise.

The Court allowed the writ petition with a direction to forward the copy of the judgment to Principal Secretary (Higher Education) as well as Secretary (Secondary Education), so that they may also look into the matter and ensure that Examiners/Evaluators of answer sheets are deployed in a reasonably efficient manner.