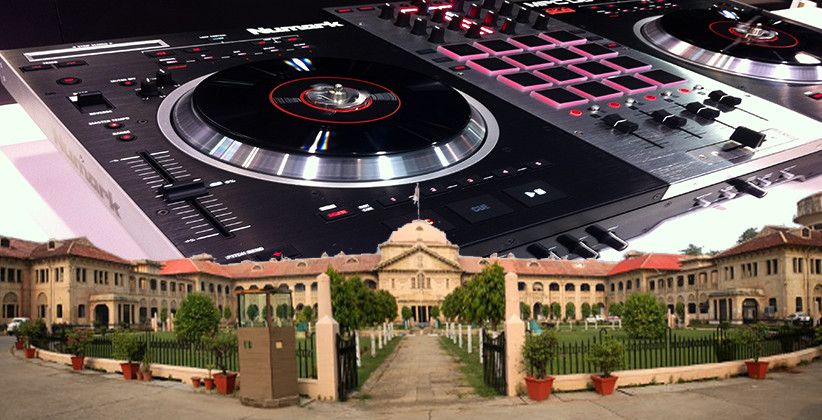 The Allahabad High Court on August 20, 2019, in the case of Sushil Chandra Srivastava and Another v. State of UP and Others has imposed absolute prohibition on use of DJs in the state and directed the state government to issue a toll-free number, dedicated to registering complaints against illegal use of loudspeakers.

"…noise generated by DJ is unpleasant and obnoxious level. Even if they are operated at the minimum level of the sound it is beyond permissible limits…,” the Division Bench comprising of Justice Pradeep Kumar Singh Baghel and Justice Pankaj Bhatia said, while hearing a public interest litigation filed by Advocate Sushil Chandra Srivastava.

Aggrieved by the indiscriminate use of Loudspeaker in his neighborhood in Prayagraj, the petitioner had filed the petition against use of loudspeakers in residential areas, regardless of time. This, he said, was a gross violation of Rule 5 of the Noise Pollution (Regulation and Control) Rules, 2000.

The said Rules were framed by the Central Government in exercise of its powers under Section 3(2)(ii), Section 6(2)(b)(1) and Section 25 of the Environment (Protection) Act, 1986, to control noise generating sources.

Thereafter, many judicial pronouncements tried to curb noise pollution and enforce these laws. Provisions and policies relating to permission for use of amplifiers, declaration of silence zones, maximum permissible limit of sound, etc. were made by the central government and the Apex Court, but in vain.

It was also stated that in spite of the law laid down in the case of Noise Pollution (V), In Re, 2005 (5) SCC 733 and the statutory rules framed by the Central Government, on account of the inaction on the part of the concerned authority most of the citizens are feeling inconvenience and their health is affected by the noise pollution.

After hearing both the parties, the Bench observed that "The State Government and its functionaries have miserably failed to perform their duties cast upon them under the Rules, 2000. They have equally failed to enforce the direction of the Supreme Court issued from time to time.”

In view of the apex court's verdict in Delhi Air tech Services (P) Ltd v. State of UP, (2011) 9 SCC 354, the court undertook the duty to enforce the law laid down by the Supreme Court and various directions issued from time to time.

Moreover, holding the view that the law relating to noise pollution need to be strictly complied with in larger public interest. The Bench issued the following directions: