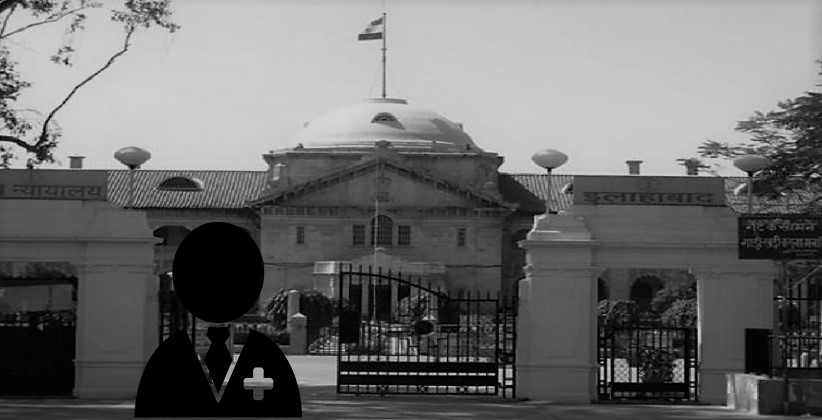 The Lucknow Bench of the Allahabad High Court in a recent case of Shiv Poojan v. State of U.P. has slapped Rs.5,000 cost on a doctor for writing a post-mortem report in illegible handwriting.

Justice Anant Kumar was hearing a bail application filed by one Shiv Poojan, who had been accused under Sections 498A, 304B of the Indian Penal Code, 1860 and Section 3/4 of the Dowry Prohibition Act, 1961.

Opposing the bail application, the prosecution contended that the marriage had taken place six years back and that as per the post-mortem report death was caused due to antemortem strangulation.

Assisting the court, Dr. Rama Shankar Gupta filed a typed copy of the post-mortem report along with his personal affidavit. In the affidavit, he had submitted that “due to heavy work load hand writing of the deponent has become poor while scribing post mortem report.”

However, the court observed that, “The explanation given by Dr. Rama Shankar Gupta is not satisfactory. Time and again this Court as well as the State Government by issuing Government Order had instructed the doctors to scribe post mortem report and injury report in such handwriting which could be readable to all stakeholders including the Court, so that speedy justice may be imparted but it is because of the poor handwriting while scribing the post mortem report, disposal of this case was sufficiently delayed.”

It then took note of several recent Allahabad High Court orders, wherein judges had rapped medical professionals for their illegible handwriting and had warned them against presenting unreadable reports in the court.

While the bail application was rejected, the court imposed a cost of Rs.5,000 on Dr. Rama Shankar Gupta and directed him to deposit the cost within a period of 10 days in the Library Fund of Oudh Bar Association, failing which the cost amount will be deducted from his salary.