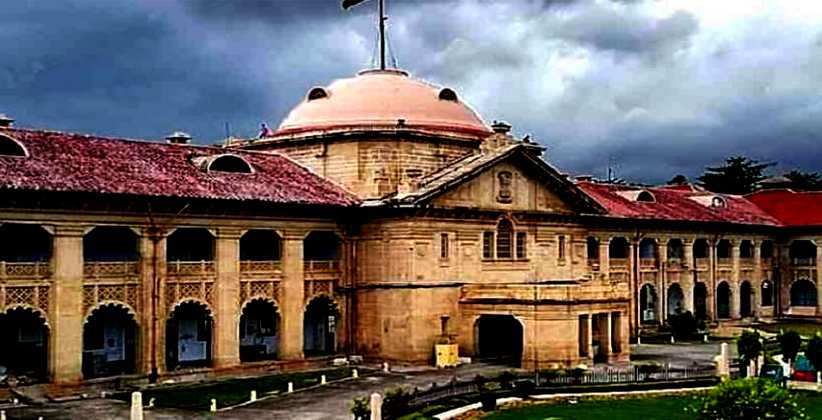 Judiciary Sep 02, 2020 Saransh Awasthi ( Editor: Ekta Joshi ) 2 Shares
2 Shares
On Friday (August 28, 2020), the Allahabad High Court while hearing the matter related to conditions of Quarantine centers and other Covid-19 related issues in Uttar Pradesh allowed an application filed by the State Secretary and an extension period of two days has been granted for UP Government to take ‘valuable steps’ for preventing the coronavirus transmission and present a complete road map by which public movement could be minimized.

The division bench comprising of Justice Siddhartha Varma and Justice Ajit Kumar has asked the Government to frame a proper time schedule for shops to minimize the public gathering with exception to the medical shops. “We expect stricter time schedules for shops would be there and also every effort would be made to minimize the conglomeration of people in public places and in public vehicles. Here it may be mentioned that even though timings of various commercial activities may be substantially reduced but medical shops and dispensaries might be an exception”, the court said. Earlier, the court had directed the State authorities to take strict actions to minimize the spread of coronavirus. The court also appointed two advocates to supervise the implementation of the court’s order and submit a joint report of the same to the court.

“The Sri Ram Kaushik, Advocate, has filed a rejoinder affidavit in reply to the counter affidavit which was submitted in the Contempt Petition filed by the applicant. The photographs definitely show that prima facie, no orders of this Court for maintaining social distancing, and for enforcing people to wear masks were being implemented. The applicant has attached these photographs very bonafidely and, therefore, it would be in the interest of justice that by the next date fixed, the State may look into these photographs and take action”, the court said while referring the order of the previous hearing, The bench has also passed orders on letter petition dated 28.8.2020 which was filed by the applicant Sri Sunil Choudhary before the court in which he stated that the dead body of a person who had died of COVID-19 virus was not handed over to his relatives because of the pending dues of Rs. 14.50 Lacs at the hospital even though they had already paid Rs. 11 lacs to the hospital. The Hon’ble court has directed to the District Magistrate, Kanpur Nagar, to get an inquiry done into the matter and place the report before the court on the next hearing. The Registry is directed to provide a regular number to this Letter Petition. On 31.08.2020, the hospital filed its reply. Both matters are kept for the next hearing on 02.09.2020 at 02:00 PM.