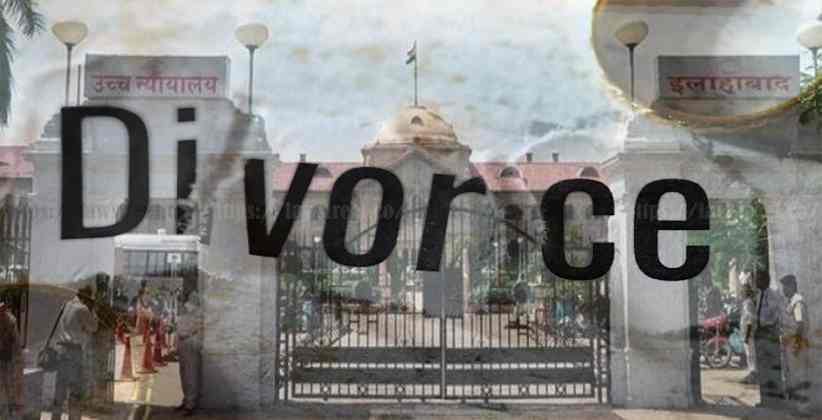 Division Bench of High Court of Allahabad heard an appeal filed by a husband after his petition for divorce under Section 12 of the Hindu Marriage Act, 1955 was dismissed by the Family Court. The Court granted an ex-parte divorce by relying on his Affidavit without a perusal of the Trial Court’s Record.

Here are the brief facts of the case:

Subsequently, in February 2012 the respondent Mrs. Malvika Rastogi tried to commit suicide but owing to the timely interference of the family of the appellant, the respondent did not succeed and consequently, the parents of Mr. Rastogi rushed to Kolkata immediately. Mrs. Malvika Rastogi stated that if her marriage with the appellant is dissolved by any competent court, she shall have no objection to it.

The respondent has submitted before the court, saving herself from the anger of her mother, was the primary reason that she had consented to the marriage.

Subsequently, the matter came up before the Allahabad High Court by means of the Writ Petition in 2013 which was dismissed in October 2013 with a notification that in case the parties have consented then the Court may take note of the request for the consent decree.

Thereafter, the respondent Mrs. Malvika Rastogi came before the Supreme court by filing for a transfer petition in 2014, which was also dismissed via an order issued on the date 15th January 2015.

Thereafter, the division bench of the Allahabad High Court observed, 'It would be appropriate to mention here that on 04.12.2019 this Court directed for summoning of lower court record. However, record was not available when the case was heard and reserved for judgment.

The case was finally heard in absence of lower court record as the learned counsel for the appellant submitted that he would argue only on the basis of the facts narrated in the judgment dated 07.11.2015 and legal issue involved therein as also the averments made in the plaint, letter(s) of respondent dated 10.02.2012 and 29.02.2012 written by the respondent and other documents, which are already on record of this appeal, and also argue on the plea of irretrievable break down of marriage.'

She was served notices by the High Court by the ordinary process as well as by the way of publication in newspapers, but she chose not to participate in the hearing. The Division Bench relied on the precedents set in the cases of Vinita Saxena Vs. Pankaj Pandit, 2006, Naveen Kohli v. Neelu Kohli, 2006, Samar Ghosh v. Jaya Ghosh, 2007, Rishikesh Sharma v. Saroj Sharma, 2007, Satish Sitole v. Ganga, 2008 Harpit Singh Anand v. State of West Bengal and Geeta Jagdish Mangtani v. Jagdish Mangtani to judge the case.

Hence, the division bench came to the conclusion, '....we are of the opinion that there is no likelihood of the appellant and the respondent living together and for all practical purposes there is an irretrievable breakdown of marriage and matrimonial bond is beyond repair and there is no chance of its being retrieved and the relations between the parties are sufficiently spoiled and therefore, no fruitful purpose would be served in maintaining the matrimonial relations between the parties, accordingly we are of the view that on the ground of irretrievable breakdown of marriage, the appellant is entitled for relief of dissolution of marriage.'

Hence, the appeal was allowed, and divorce was granted.