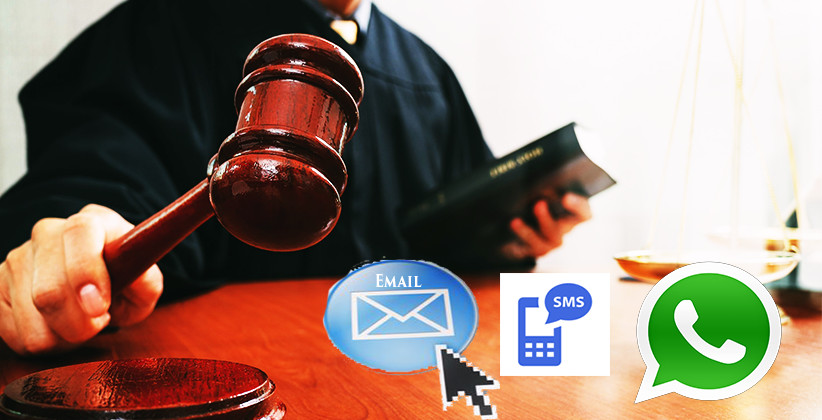 The Delhi High Court has directed the police to consider allowing lodging of FIRs through SMS, email and WhatsApp in case of missing persons to prevent loss of time and ensure speedy investigation. The recent order by a bench of Justices Manmohan and Sangita Dhingra Sehgal came while hearing a public interest litigation (PIL) initiated by the court on its own on a woman's complaint alleging inaction by police when she informed it about the alleged abduction of her husband.

The woman in her letter to the high court had claimed that her husband was abducted on August 4, 2018 by one Matru and some of his associates. Despite the woman sending representations all the way up to the Commissioner of Police regarding the abduction of her husband, an FIR was only lodged on December 28, 2018, the bench had noted in its earlier order.

Disappointed by the "gross inaction" of police which led to "loss of valuable time" in tracing the missing person. The court on March 26, 2019 had transferred the investigation to Crime Branch. The crime branch, thereafter, filed a status report, through Delhi government standing counsel (criminal) Rahul Mehra and advocate Chaitanya Gosain on May 13, 2019 indicating steps taken by it to trace the missing person. The police also filed a status report stating that it was preparing a standing order on investigation of missing children/persons. After perusing the status reports, the bench said, "Delhi Police is also directed to consider allowing registration of FIRs with regard to missing persons online by way of SMS, e-mails, WhatsApp. "

"This, in the opinion of the court, would ensure that the valuable time is not lost and investigation is carried out in an expeditious manner. In the event, the report is false or the person is found, the FIR can always be cancelled." The court also asked the DCP, Crime Branch to file a fresh report regarding the status of the investigation after six weeks and listed the matter for further hearing on July 17, 2019.