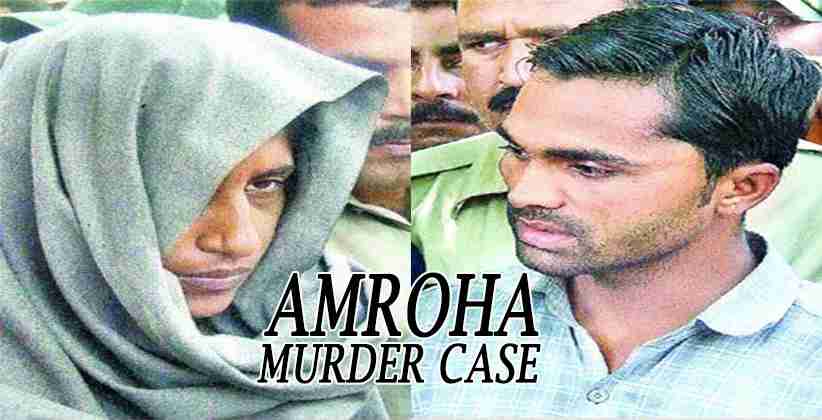 Supreme Court today (January 23, 2020) reserved its judgement on the review petition filed by Shabnam and Saleem in Amroha murder case. The duo were convicted and sentenced for death penalty in 2008 for killing 7 members of Shabnam’s family. This was considered as the most gruesome case of 2008 where even 10 months old infant was not spared.

They duo were the residents of Bawankhera Village of Amroha district. They both were in love and used to meet regularly. After Shabnam’s father came to know about their relationship, fights became usual in her family. In the dusk April 15 2008, the lovers decided to wipe out her whole family. With the help of an axe, they killed seven members of the family which also included a 10 months old child. They were sentenced to death by the Sessions Court. In 2010, they reached Allahabad High Court with an appeal were the decision was upheld.

In a further appeal to Supreme Court, decision of death sentence again kept intact. Shabnam also filed mercy plea in front the President asking to mitigate her death penalty as she was pregnant at that time. After looking at the horrific act done by the convict, then President Mr. Pranab Mukherjee decided not to show any mercy. Finally, they decided to file review petition and backed it with a reason that the death penalty has changed them from within and their good behaviour in prison should be taken into consideration.

The bench which will decide on the review petition is consist of CJI SA Bobde ,Justices SA Nazeer and Sanjiv Khanna. CJI Bode raised the question that whether the behaviour of convicts should be taken into consideration as a factor for the commutation of the death penalty. The Bench also observed that "Every criminal is said to have an innocent heart. However, we have to look into the crime committed as well."

The counsel of convict, Adv. Meenakshi Arora said that her behaviour has changed drastically. Now she participates in all the social work carried on in the jail and also teaches children in prison school.

Lashing out on the counsellor, Supreme Court said that “You are saying that after killing a 10 months infant, her behaviour has changed?” CJI further added that “We serve Justice to the society, we cannot forgive a convict only because her behaviour was good with other convicts”

Shabnam’s advocate further added that her child is very small and needs someone for care and protection. But the SC said that every aspect of the case should be looked into before reaching to any decision. The fact that they planned for 10 days before executing it shows their dreadful intentions and cruel mind. Showing mercy to the convicts will not serve justice to the seven people who lost their life.

If the review petition upheld the death penalty, Shabnam will be the first woman to be executed in Independent India.

PAN not inoperative if not linked to Aadhaar till SC’s verdict: Guj HC