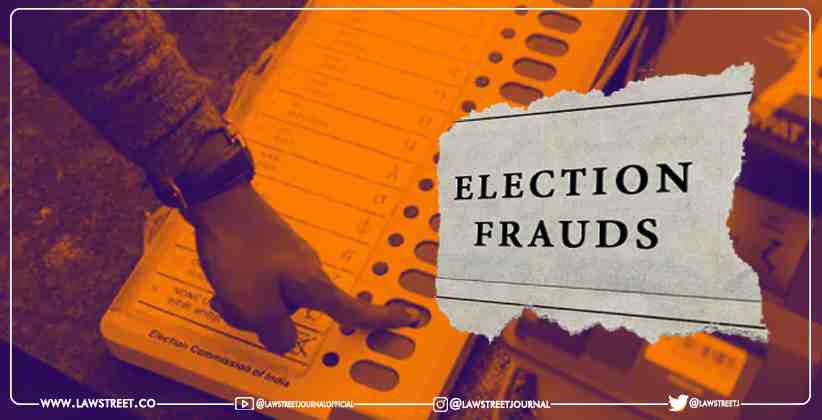 The Andhra Pradesh High Court on Friday (30/04/2021) dismissed two writ petitions which alleged fraud in elections in the state citing the constitutional bar in considering elections-related matters under writ petitions as laid down in Article 329 of the Constitution of India.

The petitions were heard by a bench comprising Justices Joymalya Bagchi and M.Ganga Rao, through video conferencing.

The two writ petitions involved similar facts and circumstances. The first petition filed by K. Ratna Prabha who was a candidate in the Tirupati by-elections alleged that a large number of people had been transported into the parliamentary constituency and were stationed in lodges and Kalyana Mandapams. These individuals are alleged to have been brought to the constituency to engage in fake voting. It is submitted in the plea that these fake voters ran away when they were confronted by the Election Commission Official and the Polling Agents of the petitioners. The petitioner argues that the fact that the culprits were allowed to escape shows the complacency of the State Official.

The petitioner had earlier approached the Election Commission seeking a re-poll in the constituency but was turned down.

The second petition was filed by Panabaka Lakshmi, another contestant in the by-election, who also alleged the use of fake voters in the election.

The counsels for the petitioners pointed to the importance of free and fair elections for democracy and that the Election Commission was wrong in turning down the petitioners. The counsels further submitted that the bar under Article 329(b) for petitions related to the electoral process, other than those provided for by or under any law made by the appropriate Legislature is not an absolute one. It was further submitted that in exceptional cases where the election process has degenerated into a travesty of democracy due to the use of high-handed muscle power and inaction of the respondent authorities, this Court is not powerless to intervene and issue appropriate directions to activate the authorities concerned and salvage the election process.

Advocate Avinash Desai, appearing for the Election Commission submitted that all steps were taken to ensure free and fair elections. It was further submitted that since the election process was still not concluded the petitions are not maintainable.

The court after careful consideration of the matter observed that:

“In the face of electoral malpractices would the High Court by a presumptive superiority of Article 226 of the Constitution of India be justified to ignore the constitutional bar under Article 329 (b) and jump into the fray or would it be prudent for the Court to permit the election process to be concluded and leave the allegations of booth capturing/tampering/fake voting open to be decided in a properly instituted Election Petition? We are of the view, the latter would be a prudent course to adopt in the factual matrix of the case.”

The court held that the decision of the Election commission to not hold a re-poll comes under the power of superintendence of the election process and falls within the expression ‘election’ under Article 329 of the Constitution of India.

Finally, the court held that the petitions are not maintainable and dismissed them without cost.