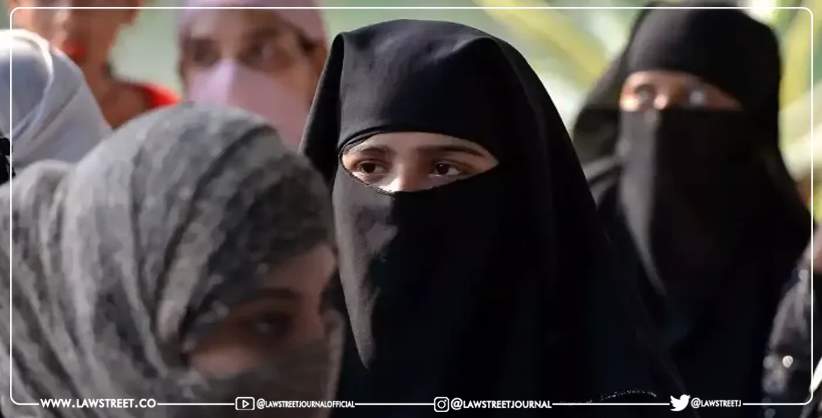 The Delhi High Court has requested statements from the Delhi Police and a Muslim man after his wife challenged a Talaq-e-Hasan notice that he purportedly sent.

He has instructed the respondents to submit their responses by August 18, when the full bench will hear the case.

Talaq-e-Hasan is the ritual that allows a Muslim man to divorce his wife by pronouncing the word "talaq" once every month for three months.

Benazeer Heena has filed a petition challenging the practise of Talaq-e-Hasan divorce before the Supreme Court.

Advocate Ashwini Kumar Upadhyay had filed an urgent plea in the Supreme Court to hear the matter before the third and final notice of talaq gets served to Benazir Hina However Supreme Court dismissed the petition for urgent hearing of the matter, which has now unfortunately led to the unilateral talaq of Petitioner Benazeer Heena. A letter seeking urgent listing of the plea challenging Talaq-e-Hasan was sent to Chief Justice of India N.V. Ramana’s Court, but it was dismissed.

Raziya Naaz, represented by Advocate Shubham Jha, has filed the petition with the Delhi High Court.

In September 2020, Naaz claimed to have married a man named Shahshan Alam Khan. She said that her husband's relatives forced her mother to organise an extravagant wedding and demanded dowry. When her family refused to comply with her unjustified demands for cash and expensive gifts, she was subjected to physical and mental torture. As a result, she filed a complaint of domestic violence with the Delhi Commission for Women.

According to the petition, Khan later chose Talaq-e-Hasan and served her with the initial notice in an effort to convince her to dismiss all legal complaints against him and his family.

Calling it an abominable practice when seen in light of the progressive times of the 21st century, the plea states,

“The Petitioner being a Muslim woman is the direct victim of the ‘unilateral extra-judicial talaq’ i.e. “Talaq-E-Hasan” as she can’t exercise this against her husband being the subject of the atrocities & cruelties but the right her husband is always there to use this unilateral extra-judicial talaq, which is the clear violation of the Article 14 which guaranteed the equality before the law to any one, without any sort of discrimination on the basis of cast, creed, religion, gender etc."

Since the Supreme Court had already ruled triple talaq illegal in the instance of Shayara Bano, the petition argued that "unilateral extra-judicial talaq" should not exist.

Therefore, according to Naaz, Talaq-E-Hasan is not only arbitrary, illegal, baseless, and a legal abuse; it also violates Articles 14, 15, 21, and 25 of the Indian Constitution and the United Nations Conventions.

The petition further requests that all religious groups, bodies, and leaders refrain from compelling Naaz to comply with Sharia law and accept this form of divorce. Naaz has also requested police protection against these religious groups and leaders in the event that she is compelled to accept Talaq-e-Hasan by force.