Home Judiciary Any Attempt to Vilify A Religious Community Must Be Viewed with Grave Disfavor: SC in Sudarshan TV Case
Judiciary 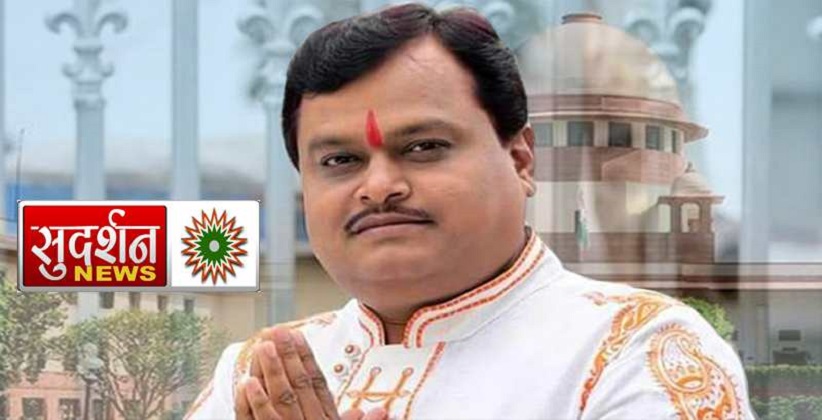 A petition has been filed in Supreme Court against Suresh Chavhanke, the Chief Editor of Sudarshan Channel stating that the channel was communalizing the Muslims clearing the UPSC exam in its episodes aired in the show called “Bindaas Bol”. The bench of Hon’ble Supreme Court consisting Justices DY Chandrachud, Indu Malhotra, and KM Joseph observed the petition and came to the conclusion that the content and objective of the episodes aired of the same show was solely to berate the Muslim community. The bench further passed an order to restrain the channel from airing the remaining episodes.

The bench further noted that the channel has disbarred Rule 6 of the Cable and Television Networks Regulation nullifying that an insidious attempt has been made purposefully by the channel to instigate that the community is involved in a conspiracy to infiltrate the civil services. The bench also stated that the channel has been showing facts in disregard of truth in its episodes to create hatred and disrepute among the public in the favor of the concerned community. The bench provided its statement null and vide saying that there is no relaxation in the age limit or attempts in the civil services especially for the Muslim community as the way the channel was showing.

With the violation of Rule 6 of the Cable and Television Networks Regulation attempted by the channel, the court further added no channel should have the rights to violate the regulations mentioned in the specified act and should not air any type of show which may intend to promote a personal attack on any religious communities by visuals or words showing in the particular program.

With the complete overview, the court noticed that the episodes which have been aired between September 10 to September 14, the contents, and the questions appeared in the episodes were completely suggesting degrade remarks against the same community. However, on 15th September 2020, the bench ordered the channel to stop airing further episodes until the final conclusion of the case.

The court finally mentioned that as India stands a democratic country, no channel or entity or any individual or group has the rights and authorities to defame and degrade any religions and communities and its moral values. Further adding the bench stated no such acts will be entertained which causes hatred communal statements among the public disregarding a specified religious community and such acts should be treated with strict measures and with great disfavor.