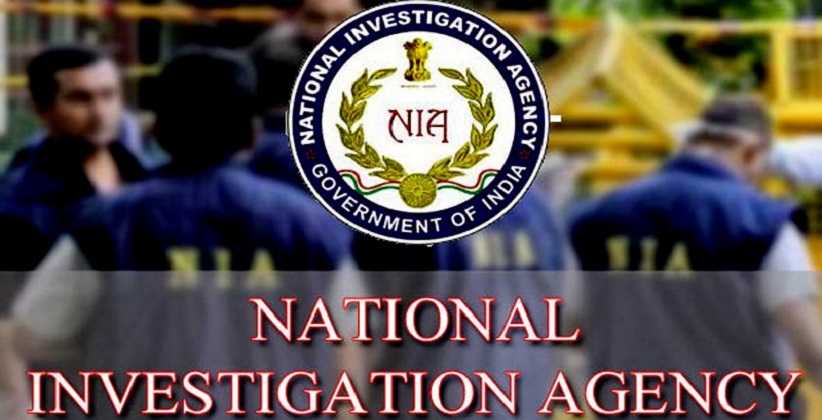 The Supreme Court heard the case of National Investigating Agency v. Mohammad Irfan Gaus and Ors on 8th September, Tuesday asking the Solicitor General to provide the Court with legit evidence showcasing that Gaus was involved in the terrorist activities so as to satisfy the conscience of the Judiciary that the accused was not falsely implicated by the Court.

The Apex Court has given two weeks period to the NIA for presenting their record requisite evidence describing as to why Mohammad Irfan Gaus, a suspected member of Lashkar-e-Taiba (LeT) should not be granted bail. The bench comprised of Chief Justice SA Bobde, Justice AS Bopanna, and Justice V Ramasubramanian and they were of the opinion that it is necessary to delve into the evidence which supports that Gaus was having links with LeT, so as to keep it fair in the eyes of law and justice which would be considered after 2 weeks.

Solicitor General Tushar Mehta was opposing the plea of seeking the release of the accused and argued that he had terror links with the banned group. The law officer further said that “this case requires final disposal hearing. Gaus was continuously in touch with the LeT mates and there are telephonic records to prove so.”

To this, the CJI SA Bobde commented, “you present the evidence stating why he should not be released on bail. We must tell you frankly, however serious is the crime, sometimes either through errors or malice, somebody who is not involved gets roasted and we want to satisfy our conscience that he (Gaus) is not one such person.” The Solicitor General has affirmed that NIA will satisfy the conscience of the Court, but he requires two weeks to place the compilation of records before the Court.

In December 2019, the Apex Court had put a stay on the order of the Bombay High Court granting bail to Gaus (a prime suspected member of banned outfit LeT) after the NIA pleaded that the nation’s security might be affected if the alleged person is released on bail.

The Supreme Court order has mentioned in the order of December 2, 2019 “Learned Solicitor General submitted that as the time when impugned order of High Court Bombay granting bail to the accused was passed, about 65 witnesses were examined and the trial was on the verge of its conclusion and as on the date about 72 witnessed have been examined and only 2 witnesses from forensic science department and other official witnesses are only left to be examined. Thus, he stated that on the last stage of the trial if the accused is allowed to be released, then it might be difficult to secure his attendance at the time of judgment and he may also be a hindrance for completion of the case.”

The bench of Justice R Banumathi and AS Bopanna further gave permission to NIA that they could re-arrest the accused person who was released on bail if the person is related to an alleged terror case. The Bench quoted, “In view of an interim stay granted by this court, the petitioner NIA is at liberty to re-arrest Mohammad Irfan Gaus and take him under the custody.” NIA has also claimed that Gaus was arrested in August 2012, as an alleged member of LeT who had conspired with 3 other suspects for planning a terrorist attack at Nanded and Hyderabad.

The accused Mohd Gaus and 3 others were arrested for the following offenses punishable under Section 18 ( Punishment for conspiracy), Section 20 (a member of terrorist gang or organization), and Section 38 (offense relating to membership of a terrorist organization) of the Unlawful Activities (Prevention) Act, 1967, under Section 201 (disappearance of offense) of Indian Penal Code, 1860 and under Section 3 (license for acquisition and possession of firearms and ammunition), Section 25 and 27 (punishment for certain offenses and using arms) of the Indian Arms Act.

The Bombay High Court granted bail to Gaus in July 2019 on the grounds that the accused had stayed behind the bars for a period of seven years and Mohd. Gaus had to approach the High Court as his bail plea was rejected by the Trial court where he claimed that there was no speck of evidence against him which explicitly mentioned that he was involved in the crime and none of the prosecution witnesses have ousted anything against him.