Home Judiciary Arbitrator Cannot Award Interest If It Is Expressly Prohibited In The Contract Between The Parties: SC [Read Judgment]
Judiciary 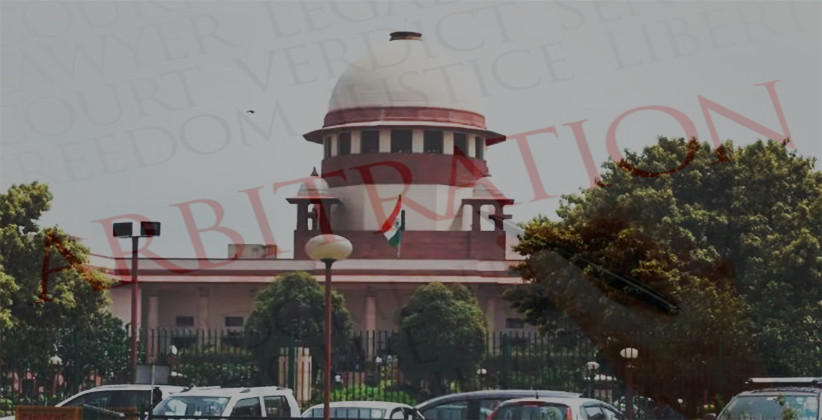 The Supreme Court on February 7, 2019, in the case of Jaiprakash Associates Ltd. v. Tehri Hydro Development Corporation India Ltd., has held that the arbitrator cannot award interest on the award if it is expressly prohibited in the contract between the parties.

A Bench comprising of Justices A.K. Sikri, Abdul Nazeer and M.R. Shah was hearing an appeal filed against the judgment passed by the Delhi High Court wherein the Court had quashed an arbitration award to the extent it granted interest as it is barred by the agreement between the parties.

The appellant was a contractor, who had entered into a works contract with Tehri Hydro Development Corporation of India Ltd. Some disputes arose between the parties and the matter was referred for arbitration under the Arbitration and Conciliation Act, 1996. The arbitral tribunal in its award granted interest at the rate of 10% per annum from the date when the arbitration was invoked, till 60 days after the award. Future interest at the rate of 18% per annum till the date of payment was also awarded.

The dispute pertains only to the question as to whether the arbitrator could award any interest when the same is expressly prohibited under Clauses 50 and 51 of the General Conditions of Contract (GCC) where it was stated that no interest will be payable to the contractor on the money due to him.

The Delhi High Court in its judgment had noted that the majority of the arbitration tribunal awarded interest, relying on SC judgment in Board of Trustees for the Port of Calcutta v. Engineers-De-SpaceAge, which had held that arbitrator's power to award interest as per general principles of law was not stifled by terms of the agreement.

However, the Delhi High Court rejected the view and set aside the award to the extent it awarded interest. This led the contractor approaching the apex court.

The Court held that the legal position in this regard has undergone a paradigm shift and the same has been clarified in the judgment of Sayeed Ahmed and Company v. State of Uttar Pradesh & Ors., which was correctly noted by the Delhi High Court.

“The High Court, both Single Bench as well as Division Bench, rightly noted that the aforesaid judgment was under the 1940 Act and the legal position in this behalf have taken a paradigm shift which position is clarified in Sayeed Ahmed and Company case. This rationale given by the High Court is in tune with the legal position which stands crystallised by catena of judgments as noted above”

Thus in view of the above, the Supreme Court upheld the Delhi High Court judgment and dismissed the appeal.