Home Judiciary No Relief for Arnab Goswami, Case To Be Investigated By Police And Not CBI: SC [READ ORDER]
Judiciary

No Relief for Arnab Goswami, Case To Be Investigated By Police And Not CBI: SC [READ ORDER] 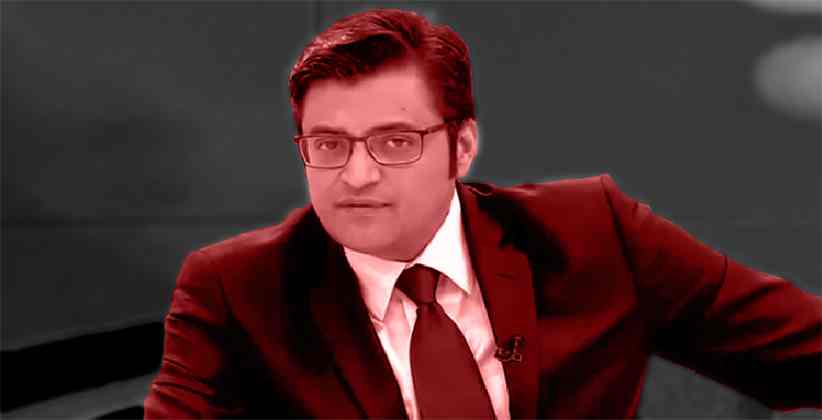 The Supreme Court Bench of Justices DY Chandrachud and MR Shah has on May 19, 2020, refused to transfer the investigation into the FIRs filed against journalist Arnab Goswami to the Central Bureau of Investigation (CBI) and also refused to quash the FIRs filed against him. Earlier the Court had transferred the investigation under the FIR from Nagpur police to Mumbai police on concurring opinion of counsel from both the sides.

Arnab Goswami, the petitioner in the case is the Editor-in-Chief of an English television news channel, Republic TV and also owns Hindi news channel, R Bharat. He anchors news shows on both channels. Following a broadcast on April 16 on Republic TV and on 21st April on R Bharat, multiple FIRs and criminal complaints were registered against him in the States of Maharashtra, Chhattisgarh, Rajasthan, Madhya Pradesh, Telangana and Jharkhand as well as in the Union Territories of Jammu and Kashmir. Broadcast relates to an incident which took place in Gadchinchle village of Palghar district in Maharashtra on 16 April 2020 where three persons including two sadhus were brutally killed by a mob, allegedly in the presence of the police and forest guard personnel. He claimed that following the broadcast, “a well-coordinated, widespread, vindictive and malicious campaign” was launched against him by the Indian National Congress and its activists. Various FIR had been filed against him under Sections 153, 153A, 153B 295A, 298, 500, 504, 506 and 120B of the Indian Penal Code 1860. Those who had filed FIRs and Complaints had alleged that Arnab had propagated views of a communal nature in the course of the news broadcasts.

Earlier the SC through its order dated April 24, 2020, had granted a period of three weeks to him from subjecting to any coercive steps as interim relief. In the new interim application, he had pleaded that the Mumbai police is not conducting a fair and impartial investigation in relation to FIR, which had been transferred from Nagpur to Mumbai and alleged that the manner of the investigation leads to the “inescapable conclusion” that the authorities are “harbouring grave malice and mala fide intention” against him.

He also alleged that the investigation is politically motivated and has been conducted with “a pre-determined and pre-meditated objective” to arm-twist, harass and humiliate the petitioner and his family and to diminish his right to free speech and expression under Article 19(1)(a) of the Constitution. As an interim relief, he had sought a stay of the investigation or alternatively transfer of the investigation to the CBI.

On May 02, 2020, another FIR has been registered by the Secretary of an organization called Raza Educational Welfare Society where it is alleged that on 29 April 2020, Arnab had made certain statements in the course of a programme which was broadcast on R Bharat insinuating (with reference to a place of worship) that the “people belonging to the Muslim religion are responsible for the spread of Covid-19”.

Harish Salve, Senior Counsel had argued that the subsequent FIR was intended to stifle the free expression of views by an independent journalist.

He submitted before the Court that “the manner in which the petitioner has been subjected to numerous FIRs in several States, besides the Union Territories of Jammu and Kashmir on the basis of identical allegations arising out of the same television show would leave no manner of doubt that the intervention of this Court is necessary to protect the rights of the petitioner as a citizen and as a journalist to fair treatment (guaranteed by Article 14) and the liberty to conduct an independent portrayal of views. In such a situation to require the petitioner to approach the respective High Courts having jurisdiction for quashing would result into a multiplicity of proceedings and unnecessary harassment to the petitioner, who is a journalist”

Giving its judgement, the Court noted on the transfer of the case to CBI,

“The transfer of an investigation to the CBI is not a matter of routine. The precedents of this Court emphasise that this is an “extraordinary power” to be used “sparingly” and “in exceptional circumstances.”

“Whether the allegations contained in the FIR do or do not make out any offence as alleged will not be decided in pursuance of the jurisdiction of this Court under Article 32, to quash the FIR. The petitioner must be relegated to the pursuit of the remedies available under the CrPC, which we hereby do. The petitioner has an equally efficacious remedy available before the High Court. We should not be construed as holding that a petition under Article 32 is not maintainable. But when the High Court has the power under Section 482, there is no reason to by-pass the procedure under the CrPC, we see no exceptional grounds or reasons to entertain this petition under Article 32. There is a clear distinction between the maintainability of a petition and whether it should be entertained”

Arnab was granted 3 weeks protection from coercive action, which the SC has extended for another 3 weeks giving regard to the outbreak of Covid-19, so as to leave adequate time to him to pursue his remedies before the competent forum. At the end, the Court declined to entertain the prayer for quashing of the FIR filed by Raza Educational Welfare Society under Article 32 of the Constitution.