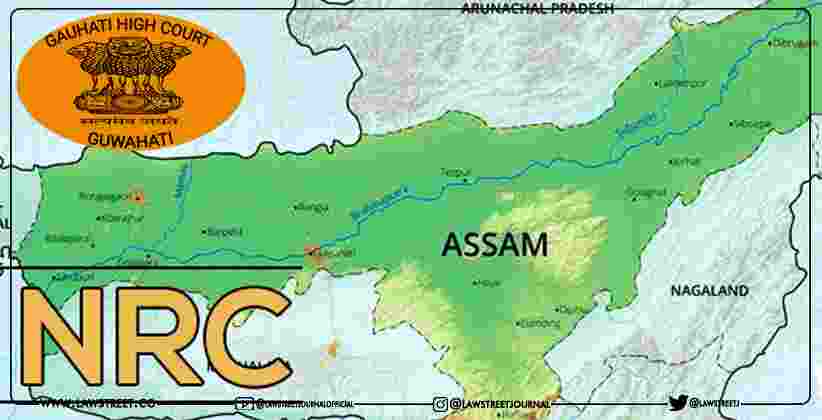 The Foreigners Tribunal in Assam gave a shocking order when a man named Haidar Ali was declared as a foreigner although he had established the link with the means of his father and grandfathers entered in the voter lists of 1965 and 1970.

The tribunal held that Haidar Ali had failed to show the linkage properly at Barpeta and also observed that he has failed to establish his linkage with other projected relatives in the voter list.

This order of the tribunal was set aside by High Court by observing that it was not necessary for the person to show linkage with all relatives mentioned in the voters' list.

The High Court also observed that the absence or non-explanation of the linkage of a person with other names as shown along with his grandparents' names in the voters' list of 1970 can not affect the credibility or genuineness to show his linkage with his grandparents.

The crucial requirement of the petitioner was to prove before the tribunal that he is his father’s son, Harmuz Ali and his father is the son of his father’s father Nadu Miya.

Both of these facts were proved and were not questioned by the state, which makes it self explanatory and not mentioning his other relatives, as well as that of his grand- father, cannot be a ground for disbelieving his testimony and documents relied upon by the petitioner.

Also, the court observed that non-disclosure of names of other relatives and non-production of relevant evidence, other than what matters cannot render the evidence of a person incredible.   The court opined that all the evidence are collaborative in nature and failure to disclose all relevant facts do not Ipso facto lead to the inference that his evidence is incredible.

On the basis of the above-mentioned opinions, a division bench of Justice N. Kotiswar Singh   and Justice Manish Choudhury set aside the Foreigners Tribunal’s order which declared Haider Ali as a foreigner.

For getting I’m Entry in Assam National Register of citizens, it is a prerequisite to trace back lineage persons who were residing in India before the cutoff date of March 24 1971.

Facts of the Case

After the notice from the foreigner’s tribunal was sent to Ali on 11TH June 2018, a written statement was filed by Ali stating that he was declared as foreigner without the authorities making a proper investigation or a field visit. It was also submitted that he was never asked to produce any documents to substantiate his claims.

Many of the important records word produced before the Tribunal and after examining the original records the tribunal held that the petitioner had failed to discharge his burden of proving that he is an Indian as required under section 9 of the Foreigners Act 1946 and accordingly declared him to be a foreigner.

Through this case High Court made the following observations:

Breath analysis or blood test not necessary for insurer to reject claim on grounds of drunken driving: Supreme Court