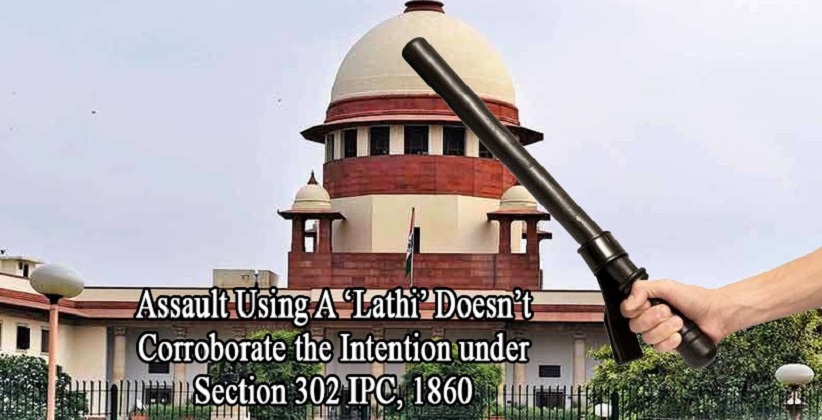 The bench comprising of Justice RF Nariman, Justice Indira Banerjee, and Justice Navin Sinha was hearing an appeal filed by the accused who was earlier convicted by the Trial Court under Section 302 of the Indian Penal Code after the accused murdered a person (now deceased) with a lathi on the head. Though the High Court had opined that the assault was not premeditated but had taken place in a heat of passion due to a land dispute, it sustained a conviction under Section 302 IPC.

The order stated seven years of rigorous imprisonment, however, since the accused had already undergone the maximum period of the sentence prescribed, the bench directed his release.