Home Judiciary In a recent from the Babri Masjid Demolition Case, Special Court puts BJP’s LK Advani, Joshi and Bharti on Notice to Appear in person when asked
Judiciary 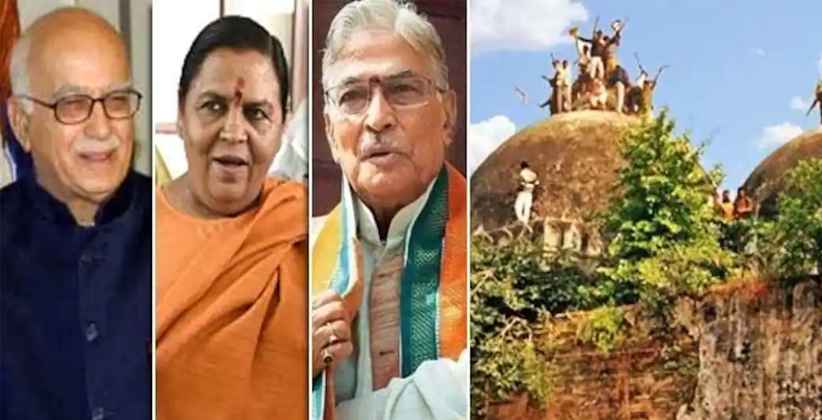 In a recent development from the Babri Masjid Demolition Case, the Special Court on Monday, 8th June 2020 has put BJP veterans L K Advani, Murli Manohar Joshi, and Uma Bharti on notice to appear in person when asked to record their statements.

After the Central Bureau of Investigation completed the examination of its witnesses, the Special Court has started recording the statements of the 32 accused, under Section 313 of the Code of Criminal Procedure, 1973 (CrPC). The three persons asked to appear in person by the Special Court had been earlier exempted from personal appearance in court till further orders and it was clarified to them by Special Judge Surendra Kumar Yadav while granting this exemption that they would ensure their presence in the court on the date to be fixed by the court.

A CBI Counsel Lalit Singh stated that the objective and motto of Monday, June 8, 2020’s hearing was to alert the three that they have to appear soon before the court. In proceeding with the case, the court has recorded statements of four of the 32 accused under Section 313, thereby recording Ramji Gupta’s statement on Monday 8th June 2020.

The list of the accused includes former Chief Minister of Uttar Pradesh Kalyan Singh, former deputy prime minister L K Advani, Murli Manohar Joshi, Uma Bharti, Vinay Katiyar, Sadhvi Ritambara, Sakshi Maharaj, Champat Rai, and Ram Vilas Vedanti. In order to conclude the trial by 31st August 2020 as directed by the Supreme Court of India, the court has been conducting day to day proceedings and that the three asked to appear by the special court had earlier appeared before the special court on 26th May 2020.

Section 313 of the Code of Criminal Procedure, 1973 allows the accused to get the chance to make their statements after the prosecution has completed the examination of their witnesses. In December 1992, the Babri Masjid was demolished by ‘kar sevaks’ who claimed that the mosque in Ayodhya was built on the site of an ancient Ram temple.