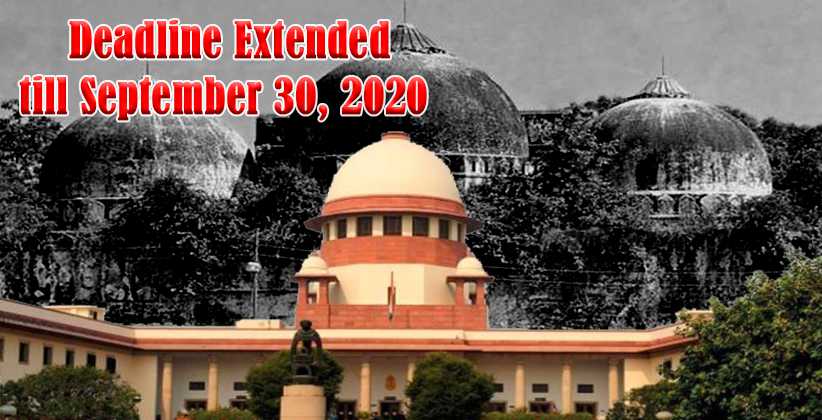 The Apex Court has extended fthe deadline for completion of the trial in the 1992 Babri Masjid demolition case involving 32 accused(which includes BJP veterans LK Advani, M Joshi, and Uma Bharti) by a month. The CBI Special Court has been asked by the Court to deliver the verdict by September 30.

The Mosque in Ayodhya was demolished on December 6, 1992, by kar sevaks who claimed that an ancient Ram temple was built here in the same site which was sabotaged by Mughals to build a Mosque. LK Advani and MM Joshi were the ones who stood for the Ram Temple movement during that time. The special CBI Court has been recording the statements of the accused under section 313 of CrPC of 354 prosecution witnesses.

In July, when Advani was deposed before the special CBI Court via video conferencing, his Advocate KK Mishra denied his role in that incident, saying that 92-year-old leader was falsely implicated due to a political conspiracy and termed the evidence against him false.

After the demolition of the Babri Masjid on December 6, 1992, two FIRs were lodged. FIR No.197/92 was filed against the kar sevaks who allegedly demolished the mosque; FIR No. 198/92 named, besides Advani, Joshi, Bharti, BJP Rajya Sabha MP Vinay Katiyar, Vishwa Hindu Parishad leaders Ashok Singhal, Giriraj Kishore, Vishnu Hari Dalmiya and Sadhvi Rithambara, and others for making provocative speeches that instigated the kar sevaks. Bal Thackeray too was named, but his name was removed after his death.