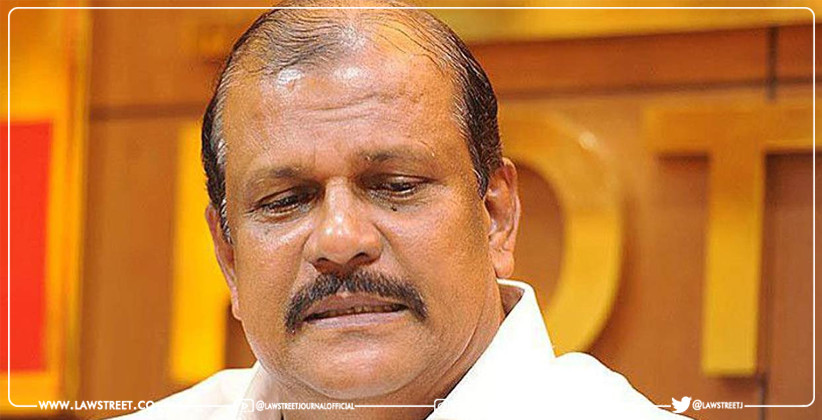 The HC directed that,

"The petitioner is to be released on bail subject to the condition that he shall not make any speech or statement which shall result in commission of any offence under 153A or 295A of the IPC. If the petitioner violates any of the conditions, it is open to the prosecution to move this court to cancel his bail."

George was detained on May 1 for a speech he gave on April 29 at the Ananthapuri Hindu Maha Sammelan. Several complaints had apparently been filed with the State Police, objecting to some incendiary statements made towards the Muslim community.

He was charged under the Indian Penal Code's Sections 153A (promoting enmity between different groups on religious, racial, or other grounds and doing acts prejudicial to maintaining harmony) and 295A (deliberate and malicious act intended to outrage religious feelings by insulting its religion or religious beliefs).

The Judicial First Class Magistrate in Thiruvananthapuram granted him bail on the same day he was arrested. Advocate Sasthamangalam C Ajithkumar represented George.

On May 10, the Palarivattom Police in Kochi lodged a suo motu case against George, charging him with violating Sections 153A and 295A of the Indian Penal Code for making a communally charged speech at a temple in Vennala on May 8.

He then went to the Kerala High Court, where he was granted interim release on Monday, May 23. While doing so, the High Court stressed that the award of interim bail would not affect the prosecution's entitlement to petition to have the Magistrate's bail granted to George in the first case cancelled.

In this matter, George was represented by Senior Advocate P Vijayabhanu, who was instructed by Advocate Geo Paul.

The bail granted to George in the first case was canceled on Wednesday by the Judicial First Class Magistrate in Thiruvananthapuram, who noted that he had clearly violated the bail conditions by giving the second speech only a week later.

He was then remanded in judicial custody for a period of 14 days. As a result, he filed an application for regular bail before the High Court on Thursday. He also moved a petition today to overturn the Magistrate's judgement cancelling his bail, which will be heard by Justice Ziyad Rahman AA.

George argued in both his regular bail application and his appeal of the Magistrate's order that the second speech was only observations, not statements that would incite religious tensions. As per him, the Magistrate erred in dismissing his claim that his right to free speech and expression under Article 19 of the Indian Constitution would safeguard his words.