Ban on Women in Sabarimala temple cannot be ignored: SC 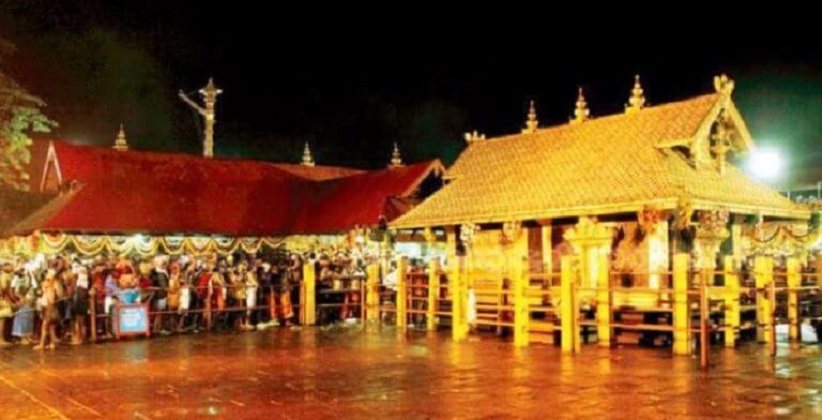 On Thursday (July 26th, 2018) Supreme Court of India continues to hear the case relating to entry of women into Sabarimala Temple and said that we should not remain blind of the fact that the entry of women in the age group of 10-50 was banned on the “physiological ground” of menstruation.

The bench of Supreme Court of India comprising of Chief Justice of India Dipak Misra, Justice Rohinton Nariman, Justice AM Khanwilkar, Justice DY Chandrachud and Justice Indu Malhotra, termed as “impressive” the submissions of advocate Sai Deepak, who was representing the People for Dharma and NGO Chetna that Lord Ayyappa is a "juristic person" has the right to preserve his "brahmacharya” character under the Constitution.

However, the bench said that “the court can't be oblivious to the fact of the case that a class of women is disallowed due to physiological reasons (menstruation).”

Further, the bench of justices who was hearing the plea of Indian young lawyers association and others who were challenging the ban on woman in Sabarimala Temple asked whether this practice is an “essential and integral” practice of a religious faith.

While hearing Justice Chandrachud intervened and said “I go beyond the essentiality test. Essentiality aspect has taken charge of Article 25 (freedom of conscience and free profession, practice and propagation of religion) under the Constitution, but it should not be so. Because of the fact that something is essential to the religion, it becomes inviolable,” and “Due to this essentiality doctrine, judges, including the Supreme Court judges, are now assuming a ‘theological mantle,’ which we are not expected to do.”

Earlier on 13th, Oct 2017, Supreme Court bench headed by Chief Justice Dipak Misra referred the case of the ban of women’s entry into Sabarimala Temple on the grounds of infringement and discrimination of fundamental rights of women under Constitution.