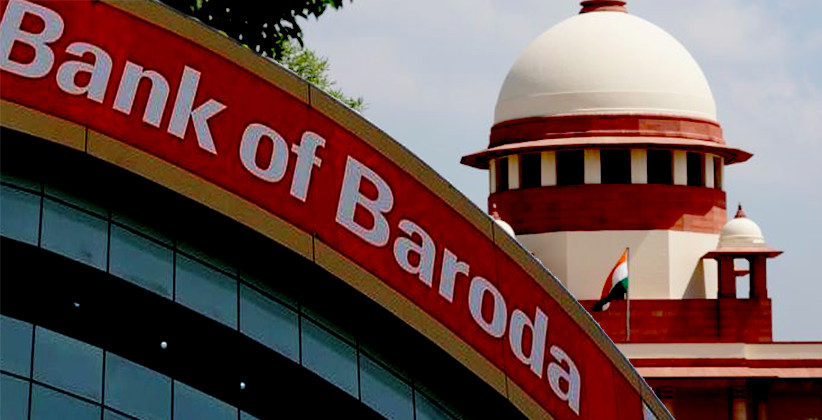 As reported on 25th of February 2020, Bank of Baroda has moved the Apex court and has challenged the order passed by the Calcutta High Court on 10th February 2020 pertaining to the matter of a bank guarantee issued on the behalf of Simplex Projects Ltd.

The Calcutta HC asked the Reserve Bank of India to consider the option of taking appropriate steps against Bank of Baroda and also include the revocation of its licence for the disorderly conduct administered by the bank in dealing with the payment against an unconditional bank guarantee worth Rs. 6.97 crore.

The appeal filed in the form of a cross objection by the Indian Oil Corporation (IOCL) was disposed by the division bench comprising of Justices Sanjib Banerjee and Kaushik Chanda. It was further directed, "Considering the conduct of the appellants, the Reserve Bank of India should consider what appropriate steps may be taken against the Bank of Baroda including revoking its licence or the authority to carry on banking business, if necessary"

As per IOCL, the bank guarantee was invoked after Simplex failed to live upto the obligations that were stated under the contract. And thereby contended that the bank had no right to stall the immediate payment of the unconditional bank guarantee. Further to which Simplex instituted proceedings under Section 9 of the Arbitration and Conciliation Act 1996 (interim measures taken by the court). This was instituted before the Delhi High Court by virtue of the arbitration agreement contained in the matrix contract between IOCL and Simplex.

IOCL thus argued that after considering the conduct of the Bank of Baroda, an appropriate order should be passed to revoke its license.