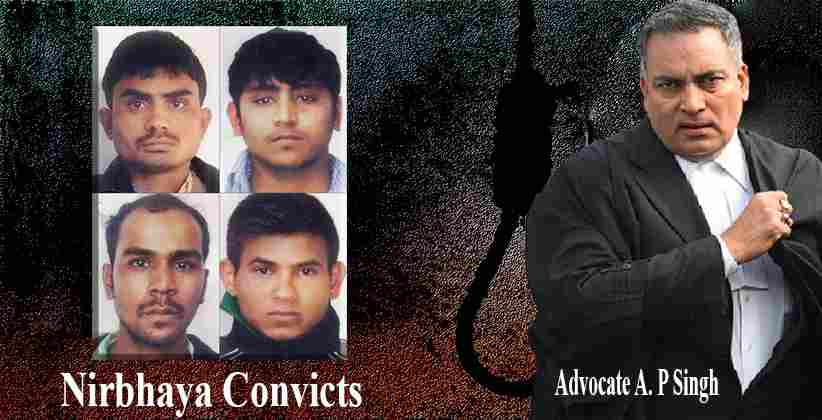 The Bar Council of Delhi today (January 18, 2020) had issued a show-cause notice to Nirbhaya Case convicts' lawyer AP Singh. The advocate for three out of four convicts has been in dock following an order by the Delhi High Court. AP Singh was indicted for misconduct and employing delaying tactics for postponing the execution date of the convicts in the case.

The first mercy plea in the case has already been rejected by the President of India, Ram Nath Kovind on January 17, 2020. Fate has been sealed for one of the three convicts. Mukesh Singh will be hanged till death. The Patiala house court of Delhi on the same day had issued fresh death warrants for the accused who will now be hanged on February 1 at 6 am in the morning.