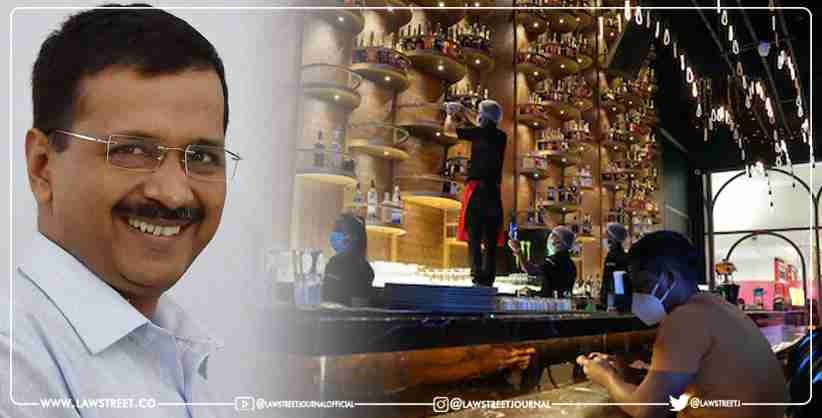 Recently, the Delhi High Court stated that the Delhi police has a say on keeping bars in the national capital open till 3 a.m., as offering alcohol to the general public concerns public safety and maintaining law and order.

As a result, Justice Yashwant Varma ordered the Delhi government's Excise Department and the Delhi Police Commissioner to form a consultation group to examine the feasibility of keeping alcohol-serving outlets open until 3 a.m.

Though the Excise Act and 2010 Rules empowered the Excise Commissioner to prescribe the operational timing of liquor vends, the Court held that the Act and Rules had to be understood and interpreted in light of the Delhi Police's powers to control and regulate the operation of eating houses and places of public entertainment.

As a result, the court stated that bars or venues where the public is served alcohol or intoxicating substances "would clearly fall within the ambit" of the Delhi Police Act.

The Court noted that,

“Since the operation of those outlets and venues would undoubtedly have a bearing on issues such as security of the public, the issue of maintenance of law and order, it would not only have been expedient but the law itself would mandate a joint and consultative deliberation between the authorities of the Excise Department and the Delhi Police before directives such as those incorporated in Paragraph 5.1(ii) are framed.”

The Court, on the other hand, stated that it did not intend to obstruct the Excise Department of the Delhi government, which had enacted a policy permitting hotels, restaurants, and clubs to offer alcohol till 3 a.m.

The order underlined that,

“It may be observed that while the Court does not intend to stand in the way of the Excise Department framing a policy or the exercise of power flowing from the Act and the Rules, that would necessarily have to tempered by and harmonised with the authority of the Delhi Police to regulate the operational timing of eating houses and places of public entertainment as conferred by the 1978 Act and the Regulations framed thereunder.”

It was argued that any place or venue that served alcohol or intoxicating drugs and was designated as a "place of public entertainment" under Section 2(l) of the Delhi Police Act, 1978, may only remain open till 1 a.m.

He went on to say that the opening of bars and other venues where liquor is supplied has an "indelible connection" to public order issues.

On the other hand, the Excise Department argued that Rule 55 of the Delhi Excise Rules, 2010 enabled the Excise Commissioner to determine the hours that shops and licensees for the sale of alcohol may maintain.

The High Court had previously asked the Excise Department to clarify whether or not the Excise Policy's prescription of liquor vending timing was drafted in cooperation with the Delhi Police.

After reviewing the affidavit, the panel ruled that the Delhi Police were not consulted before the timing was included in the Excise Policy, and that its order mandating a closure time of 1 a.m. on December 10, 2020 was not properly considered.

“It would have been expedient for the excise authorities as well as GNCTD to have elicited the views of the Delhi police before holding out that bars in hotels, clubs and restaurants would be permitted to operate till 3 a.m.”

The joint consultative panel has been given two weeks to finish their exercise and submit a report. On August 2, 2022, the case will be heard again.