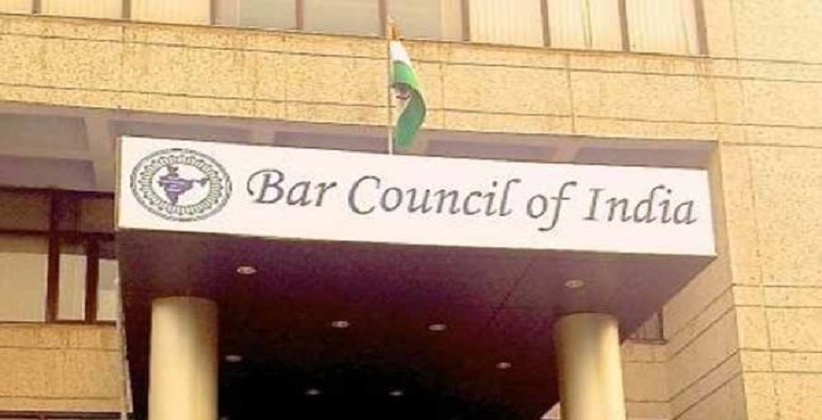 An expert committee of the Bar Council of India is considering a plea to ban lawmakers " Members of Parliament and Members of the Assemblies" from doubling up as practising advocates, saying they are salaried public servants and cannot ride two horses at the same time.

The three-member panel is examining the provisions of the Advocates Act and the Bar Council of India Rules in this respect. They will file their report in the next few days, Bar Council of India (BCI) Chairman and senior advocate Manan Kumar Mishra told The Hindu on Tuesday

The petition filed by Supreme Court advocate Ashwini Upadhyay contended that MPs and MLAs draw their salaries from the Consolidated Fund of India, hence, are employees of the state.

The BCI Rule 49 restricts a salaried employee from practising as an advocate, the petition said. Many senior advocates practising in the Supreme Court are also party politicians and sitting MPs.

Section VII-Restriction on other Employments

An advocate shall not be a full-time salaried employee of any person, government, firm, corporation or concern, so long as he continues to practise, and shall, on taking up any such employment, intimate the fact to the Bar Council on whose roll his name appears and shall thereupon cease to practise as an advocate so long as he continues in such employment.

Under Section 21 of the Indian Penal Code and Section 2(c) of the Prevention of Corruption Act, MLAs and MPs are public servants. Hence, allowing them to practice, as an advocate and restricting other public servants is arbitrary, irrational and violation of Articles 14-15 of the Constitution, Mr. Upadhyay submitted before the BCI.

He contended that it amounted to professional misconduct that MLAs and MPs, who get salary and other benefits from the public fund, appear against the government. Some of these lawmakers even hold corporate retainer-ships. They appear against the State to defend their lawbreaker clients in the Court of Law, which is the matter of conflict of interest, Mr. Upadhyay submitted.

While an advocate should be fully dedicated to his profession, legislators are also expected to dedicate their full time to public and their constituents ahead of their personal and financial interests, the petition said.

Legal profession requires fulltime attention and would not countenance an advocate riding two horses at a time. It is impossible for a person to perform two fulltime duties at a time. Therefore, MLAs and MPs must be barred from practicing as an advocate, Mr. Upadhyay pleaded.