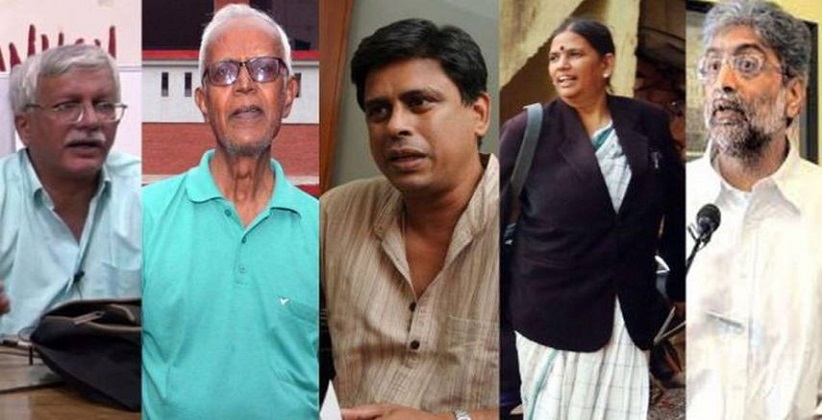 The Bombay High Court on 14th February, 2020 refused to grant an anticipatory bail to the accused in the Bhima Koregaon violence or the Elgar Parishad-alleged Maoist links case. Justice PD Naik denied the pre-arrest bail pleas filed by alleged Urban Naxal Gautam Navlakha and Anand Teltumbde.
The court, however, upheld the provisional protection from arrest accorded to them for a period of 4 weeks so that they can file their appeals in the high court.
Following the violence in Bhima Koregaon village on January 1, 2018, Gautam Navlakha and Anand Teltumbde alongside others were booked by the Pune police for their Maoist links and a number of other charges.

The Pune Police had held that the “incendiary” and “provocative” speeches made at the Elgar Parishad conclave held in Pune on New Year's Eve, 2017, had resulted into caste violence at Bhima Koregaon the subsequent day. The police claimed that the violence was supported by the Maoists.

Earlier last year, Navlakha and Teltumbde had approached a sessions court in Pune seeking pre-arrest bail but it had been rejected by the court.
The court, in its order, had said, “It is obvious that there's clear sufficient material to point out that the applicant isn't only a member of a banned organization but a lively leader. clear it are often noted that the organisation of Elgar Parishad at Pune was a part of a bigger conspiracy of the banned organization and Bhima Koregaon episode is one among the instances of execution of the said conspiracy. Therefore, the question of jurisdiction either of Pune Police or of this Court can't be said to possess merits, a minimum of at this stage.”
However, in December 2019, they managed to secure interim protection from arrest from the high courtpending disposal of their anticipatory bail pleas.
Amidst cries from the NCP leaders to withdraw the cases against the Bhima Koregaon accused, the Centre last month transferred the cases from Pune Police to the National Investigative Agency (NIA).