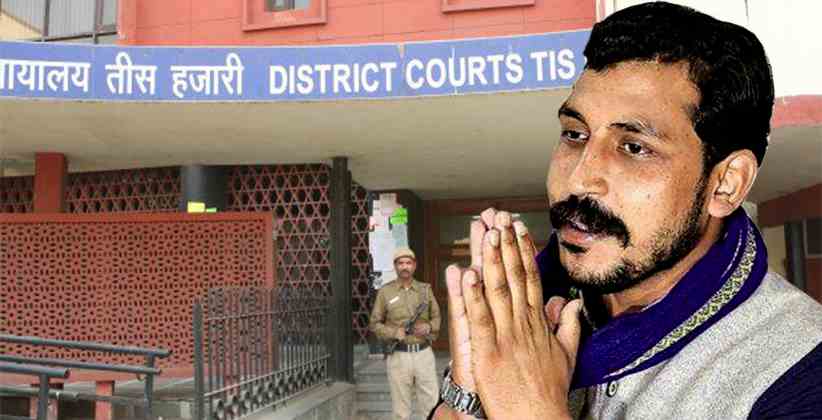 The Tis Hazari Court will hear the plea of Bhim Army Chief Chandrashekhar Azad today (January 21, 2020), challenging the bail conditions imposed on him directing him to leave Delhi for 4 weeks in lieu of the upcoming elections.

The Tis Hazari Court of Delhi had adjourned Azad’s application earlier in the matter. The Court on January 15, 2020 had directed Azad to leave Delhi for 4 weeks. Additional Sessions Judge, Kamini Lau had said she “does not want any interference with the elections.” The Court had further said that Azad had to mark his presence with the SHO in Saharanpur every Saturday for the next 4 weeks.

The Court had earlier reserved its’ order on Chandrashekhar Azad’s bail plea. He was in custody regarding the Daryaganj Violence case. Delhi Police contended that the permission for a dharna was sought but not given.

The Court in the earlier hearing had censured the Delhi Police for failing to show any proof against Azad while hearing his bail application on January 14, 2020. While hearing the case, Judge Kamini Lau had observed that individuals are out on the streets since ‘things which ought to have been said inside Parliament were not said.’

She had questioned the Delhi police and stated, “You are carrying on as if Jama Masjid is Pakistan. Regardless of whether it was Pakistan, you can go there and fight. Pakistan was a piece of unified India.”

The court had additionally observed that Azad, having a law degree, could likewise dissent inside the courts and noticed that Azad’s Ambedkarite reasoning presumably required more research. The Court had opined, “Azad is probably an Ambedkarite. Ambedkar was closer to the Muslims, Sikhs and basically the repressed class of the society... He was a rebel of his own kind. Probably Azad has a vague idea of what he wants to say but probably not able to put it across. If you take up an issue, you do your research. And that is missing!”