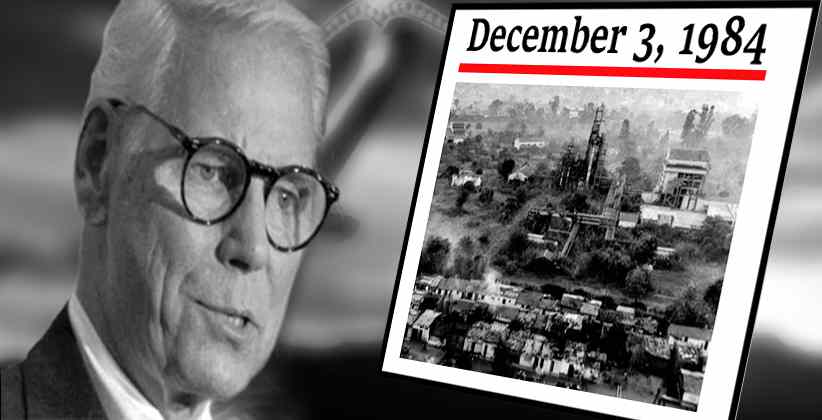 There is yet another notable recusal in the history of Indian judiciary. Today (January 28, 2020) the Supreme Court judge Justice S Ravindra Bhat recused himself from hearing the Bhopal gas tragedy case filed for higher compensation. The case was a curative petition filed by Centre seeking ₹7,844 crore as additional fund from successor firms of U.S.-based Union Carbide Corporation for giving compensation to the 1984 Bhopal gas tragedy victims.

The case was referred to a five-judge bench of the Supreme Court comprising of Justices Arun Mishra, Indira Banerjee, Vineet Saran, MR Shah and S Ravindra Bhat. Justice Shripathi Ravindra Bhat, was appointed as a Supreme Court judge on September 23, 2019 at a ceremony organised at Chief Justice court. He served as the Chief Justice of Rajasthan High Court before being appointed as a Supreme Court judge. The role of a judge is a neutral arbiter with no bias, recusal helps in facilitating this.

The Supreme Court in 1989 ordered Union Carbide to pay US $470 million against all the destruction that the leak of MIC gas from the industrial premise. In the reasoned order Justice Pathak said that it was the duty of the court to secure immediate relief to the victims of the MIC leak and while doing that the court did not entered into any virgin territory. However, this settlement of US $ 470 Million was way less to the promised amount by the government and also various jurists considered it to be an inappropriate compensation. After analyzing the ratio, it seems that an amount less than ₹50,000 was delivered to each victim. Thousands of people died in this tragedy in the year 1984. This case paved way to the most important legislation of Environment Protection Act, 1986.

The Bench in the present case said that it will be the decision of the Chief Justice of India S.A. Bobde regarding the compensation of the Bench in the present case. “We will not take it up today. We are waiting for (the) CJI’s order,” the Bench said. Expressing his unwillingness to be a part of the Bench to hear the matter, Justice Bhat said, “I had appeared for the Union of India in the matter when Union had sought review.”