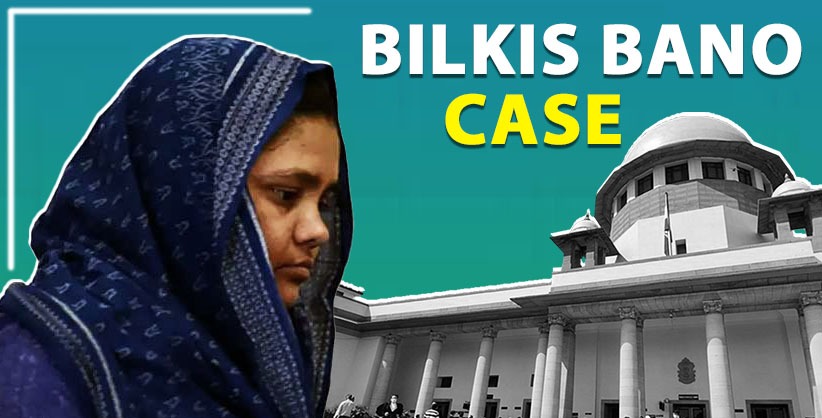 NEW DELHI: Bilkis Bano, the woman, who claimed to have been  a victim of gang rape during the 2002 Gujarat riots, has approached the Supreme Court against the state government's decision of premature release of 11 men sentenced to life term in the case.

She also filed a separate plea seeking review of May 13, 2022 decision of the Supreme Court, which allowed the Gujarat government to take a decision on August 10 on remission of the sentence of the convicts.

"The en masse premature release of the convicts has shaken conscience of the society and resulted in a number of agitations across the country. This court has already declared that en masse remissions are not permissible and that remission cannot be sought or granted as a matter of right of the convict without examining the case of each convict individually based on their peculiar facts and role
played by them in the crime," her plea said.

Her plea stated when the nation was celebrating 76 th independence day, all the convicts were released prematurely and were garlanded and felicitated in full public glare and sweets were distributed. This is how the present petitioner, alongwith the entire nation and the whole world came to know about the shocking news of
premature release of all the convicts of one of the most gruesome crime this country," she said.

"The premature release of all the convicts came as a shock not only to the petitioner, to her grown up daughters, to her family, but also to the society at large, nationally and internationally, and the society across segments had shown their anger, disappointment, distrust and protest to the clemency. Agitations and public protest were carried out virtually in each city of the country and the order of premature release was heavily criticized very vocally on all social media platforms and news platforms," she added.

She has been extremely hurt, disturbed and full of dejection with the early release and sudden and
traumatizing presence and existence of 11 of her rapists who
brutally gang raped her while she was five months pregnant and
inflicted on her person and soul extreme level of violence and
brutality, mercilessly murdered her 3.5 years old daughter (her first
child), completely destroyed her entire familial network of support
system of close relatives and female folks around her, brutally gang raped and killed her mother and cousin sister, her two minor sisters, her two minor brothers - Total eight minors and several other close relatives.

The early release of the convicts has relived the trauma on the petitioner. She braved a long drawn legal battle for 17 long years to ensure justice to her and her lost and living family members. The petitioner was completely shattered with the early release of all the convicts and could not regroup herself to be able to take a decision to challenge their release the earliest, more so when there was not even a piece of information of the basis or the
grounds on which they were collectively granted such clemency.

She submitted that chances are slim that the bench led by Justice Ajay Rastogi would be able to hear the matter, as he is now part of a Constitution bench hearing.

Bano has also moved a review petition against the apex court judgment allowing the Gujarat government to decide on the remission of the convicts. Justice Rastogi had led the bench which passed the order allowing the state government to take its decision on remission.

On her plea, the Chief Justice said that the review has to be heard first and let it come before Justice Rastogi.

Gupta submitted that the matter had to be heard in an open court. The Chief Justice said only the court can decide that, and added that he will decide on the listing after looking into the matter on Wednesday evening.

The high court had held that the Maharashtra government should consider the remission since the trial in the case was conducted there after transfer from Gujarat.

After the release of 11 convicts, a batch of petitions was filed before the top court challenging the state government's order.

In its response, the Gujarat government said it decided to release the 11 convicts as they had completed 14 years and above in prison and their behaviour was found to be good and also the Centre had conveyed its “concurrence/ approval”.