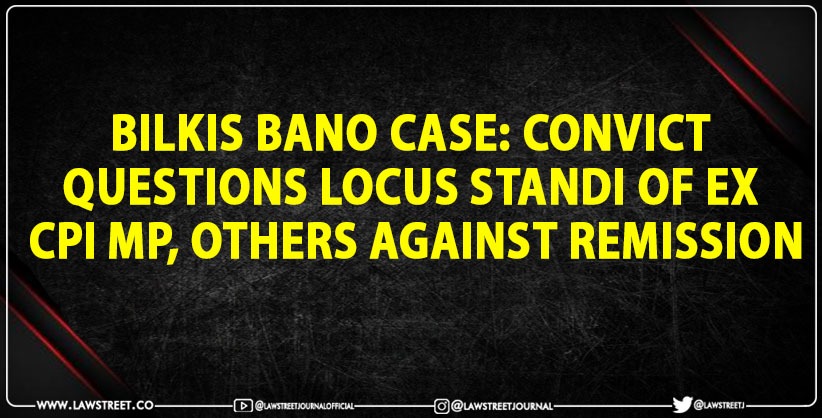 NEW DELHI: A convict in the Bilkis Bano case has questioned before the Supreme Court maintainability of a plea filed by former MP Subhashini Ali and others against their release on remission.

He said they filed a politically motivated plea without having any locus.

In a reply to the court's notice, Radheyshyam Bhagwandas Shah said if such types of third party petitions are entertained by this court, it would not only unsettle the settled position of law but would also open flood gates and would be an open invitation for any member of the public to jump in any criminal matter before any court of law.

He cited a number of the top court judgements including Janata Dal Vs H S Chowdhary, (1992), Simranjit Singh Mann Vs UOI, (1992) and Subramanian Swamy Vs Raju, 2013, in which it has  consistently been held in clear terms that a third party who is a total stranger to the prosecution has no ‘locus standi’ in criminal matters and has no right whatsoever in filing a petition under Article 32 of the Constitution.

"The case in hand cannot be made a complete departure from the settled proposition of law as herein also a petition under Article 32 of the Constitution has been filed and that too by a stranger to the prosecution," the convict through advocate Rishi Malhotra said.

He also pointed out, "Interestingly enough, neither the State nor the victim nor even the complainant has approached this court."

The convicts also referred to the judgement of this court on May 13, 2022 on the merits of the case, which after hearing all the parties in case came out with a categorical judgment that only the Gujarat government's policy of premature release would be applicable, which prevailed at the time of conviction and not a subsequent policy at the time of consideration of remission.

The written reply asserted that it seriously questions the locus as well as maintainability of the instant petition filed by political activist or in other words, a complete stranger to the case.

None of the petitioners in this case are related whatsoever to the said case and only happens to be either political activist or a third party stranger to the said case. If such types of third party petitions are entertained by this court, it would not only unsettle the settled position of law but would also open flood gates and would be an open invitation for any member of the public to jump in any criminal matter before any Court of law.

"Moreover, the present petition is nothing but a grossest abuse in as much as on one hand the petitioner pleads that she does not have the copy of the remission order and yet without ascertaining the reasons for grant of remission the said order has been assailed with a further prayer that such order of remission should be quashed," it said.

Among others, TMC MP Mahua Moitra has also filed a separate petition.

The Gujarat government has on August 15 released the convicts on remission, as they had completed more than 15 years in jail, triggering a huge political controversy.