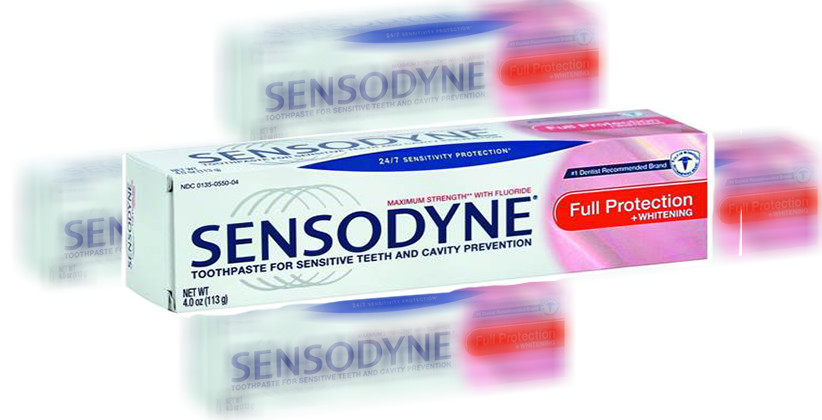 The Bombay High Court on April 26, 2019, in the case of GlaxoSmithKline Consumer Healthcare Ltd and others v. The State of Maharashtra has allowed the sale of Sensodyne toothpaste in the market, which was put on hold last year by the state Food and Drug Administration (FDA) on the ground that it was being sold as a “cosmetic product”.

A Division Bench comprising of Justice Ranjit More and Justice Bharati H. Dangre was hearing a petition filed by GlaxoSmithKline, the manufacturer of Sensodyne toothpaste against the notice issued to it by the Thane drug inspector on October 6, 2018.

The notice had said that though the product was being sold as a cosmetic, its label read “repair and protect, clinically proven relief and daily protection for sensitive teeth”. The notice added that it cannot be called a “cosmetic product as it contravenes Section 18(a)(ii) read with Section 17C(c) of the Drugs and Cosmetics Act, 1940.

The counsel argued that “action of seizing of the product is completely disproportionate, specially when the Government Analyst Report reveal that the product is of standard quality”.

Frowning upon the coercive steps initiated by the respondents in relation to the product, the counsel submitted that the “product has a shelf life and an expiry date and since the impugned orders are passed in the month of September/October till date, no action has been taken, rendering the product useless on its scheduled expiry date.”

Therefore, it was submitted that if at all the respondents are desirous of testing the said products, the samples can be retained instead of the entire stock of 80 batches comprising of 7 variants being subjected to a coercive action under the provisions of the Drug and Cosmetic Act.

The counsel had also challenged the Constitutional validity of Section 17 C (c) of the Drugs and Cosmetic Act, which provides for misbranding a cosmetic.

On the other hand, Government pleader A.B. Vagyani, through an affidavit, took the stand that the toothpaste contains 5 per cent of potassium nitrate, which is anti-sensitising in nature and is used for the purpose of treatment, and therefore, the product is not a cosmetic but would fall in the category of a drug. Therefore, it is incumbent on the petitioner to obtain the drug licence.

The affidavit justifies the categorization of the product as ‘Drugs’. However, it was stated that the matter is under investigation and the contravention by the petitioners can be determined only at the end of investigation.

On hearing both the parties, the Bench directed the release of the remaining stock of the petitioners to be sold in the market. “We are passing the said interim order in light of the peculiar fact that it is not the case of the respondents that though being a ‘Drug’, the product is harmful to the public at large or to the consumer using the product,” the Bench said.

The Bench noted that as the state government would grant a post decisional hearing to the petitioners as far as categorization of its product is concerned, the petitioners are permitted to make a fresh representation to the authorities on the state’s stand on categorizing the product as a drug.

Further, it was also noted that “the show cause notice issued to the petitioners merely alleged contravention of the provisions of Section 18a(ii) which deals with any cosmetic which is not of standard quality or is misbranded or adulterated or spurious. However, in the affidavit, respondents have come up with a totally new stand and has alleged that the product manufactured and sold by the Petitioners is not a ‘cosmetic’ but ‘Drug’.

Gang Of Robbers Looted Cars, Gold Only From Men Caught By Police