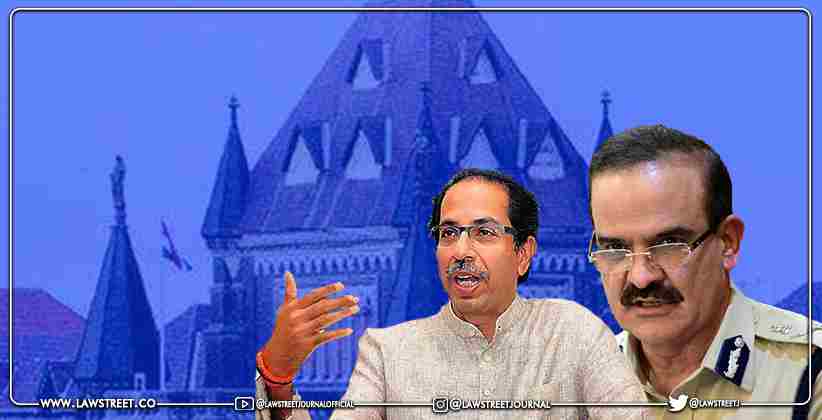 The Bombay High Court on Wednesday, July 28, 2021, reserved its order on the maintainability of ex-Mumbai Police Commissioner Param Bir Singh's plea challenging two enquiries initiated against him by the Maharashtra Government. A division bench of Justices SS Shinde and NJ Jamadar reserved its order on Singh's plea filed under Article 226 of the Constitution of India invoking Article 14 (equality before law), Article 19 (1)(a) (right to freedom of speech and expression) and Article 21 (right to live with dignity) of the petitioner.

Senior Advocate Mahesh Jethmalani, arguing for Singh, alleged that the enquiries dated April 1 2020, and April 20, 2021, were issued by the State Home Ministry a month after he accused the Home Minister Anil Deshmukh of corruption. Henceforth, the enquiries are only meant to target and harass him.

State Counsel Khambata submitted that section 28 of the Administrative Tribunals Act excludes the jurisdiction of all the courts except the Supreme Court in service matters. At the beginning of the hearing, Singh's lawyers tried submitting amended prayers in the petition. However, the court refused to accept it as it was being furnished at the last moment.

Jethmalani, on Wednesday, vehemently defended Singh's petition without restricting himself to the maintainability of the plea. He said that enquiry was initiated by the State Home Department headed by none other than Anil Deshmukh, at the time.

Jethmalani informed the court that Param Bir had written a letter on April 19, 2021, to the CBI, regarding the attempt to thwart the enquiry directed by the High Court into corruption allegations against Anil Deshmukh. He further stated that the first inquiry into officer Anup Dange's complaint was a preliminary enquiry under the Criminal Procedure Code.

“The State Government thinks everyone is naive that they have now removed Sanjay Pandey. But Mr. Sanjay Pandey was an emissary of the State Government. He was trying to cajole Mr. Param Bir Singh into withdrawing his complaint. The DGP of Maharashtra was offering to mediate between the government and me,” said Jethmalani while referring to Pandey’s recusal from the enquiries.