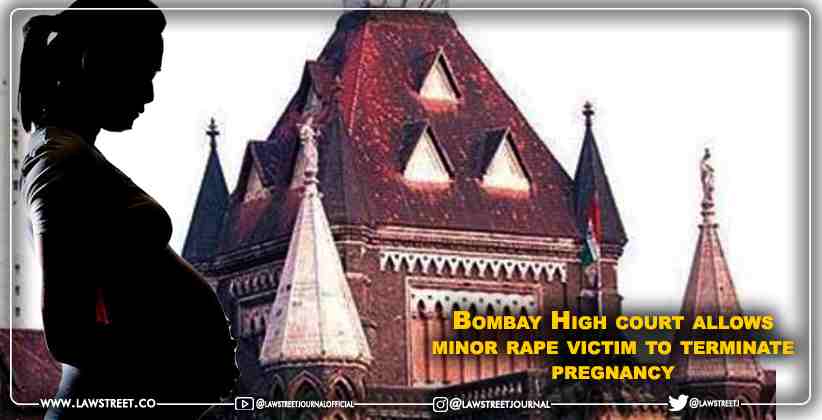 As per the committee report dated May 10.2021, Bombay high court permitted the petitioner (a minor girl) to undergo, medical termination of pregnancy, at KEM Hospital, Mumbai as it may lead to pregnancy-related complications like anemia, pregnancy-induced hypertension as well as increased operative interference during labor; also going to have a psychological impact on a pregnant minor with uncertain future.

The matter was heard by the Division of Bombay high court comprising Justice K.K. Tated and Abhay Ahuja, JJ.

A petition was filed by a minor girl through her father Mr. Jitendra Kumar Singh seeking permission to undergo medical termination of pregnancy at KEM Hospital, in her 24th week of pregnancy.

The petition states that the victim was raped by her nearby resident. As a result of a sexual offense, she became pregnant. The FIR was lodged on 24th April 2021 under section 376 of the I.P.C. and sections 4, 8 & 12 of the Protection of Children from sexual offense act 2012.

Since the pregnancy had exceeded the statutory period of 20 weeks prescribed under the Medical Termination of Pregnancy Act, 1971 (the “MTP Act”), Petitioner is seeking permission from the court to terminate her pregnancy.

Taking note of the situation, the court decided to form a board committee to examine the matter.

As per committee views continuation of pregnancy of minor girl have both mental and physical impact on her health. she may have various health issues such as anemia, hypertension well as increased operative interference during labor, also going to have a psychological impact on a pregnant minor with uncertain future.

In the backdrop of this, the board also stated that since it is a very unusual and unfortunate case, therefore it is important to consider some aspects of this case.

Explanation 1 to this sub-section gives that when the pregnancy was caused by rape, it was presumed to constitute a grave injury to the mental health of the pregnant lady.

In the present case, this specific situation is visible and there is no doubt that the continuance of this pregnancy is making a grave injury to the mental health of the candidate. Aside from this, of course, thinking of her at the young age of 16 years, there is an inalienable danger to her life. The only problem in the present case is that the legal time of 20 weeks is finished. petitioner has gone into the 23rd seven-day stretch of her pregnancy and, hence, the MTP Act doesn't allow clinical termination of pregnancy in such cases.

However, Sub-Section (1) of Section 5 of the MTP Act carves out an exception, which reads thus:

“5. Sections 3 and 4 when not to apply. – (1) The provisions of section 4, and so much of the provisions of sub-section (2) of section 3 as relating to the length of the pregnancy and the opinion of not less than two registered medical practitioners, shall not apply to the termination of a pregnancy by a registered medical practitioner in a case where he is of opinion, formed in good faith, that the termination of such pregnancy is immediately necessary to save the life of the pregnant woman.”

Committee also took the support of case XYZ Vs Union of India and Ors and Jay Sandeep Gore vs the State of Maharashtra where it was held that a registered medical practitioner may medically terminate   pregnancy which has exceeded 20 weeks, without permission from the High Court, only where he is of opinion, formed in good faith, that the termination of such pregnancy is immediately necessary to save the life of the pregnant woman.

After taking note of the report of the committee court issued the following orders: