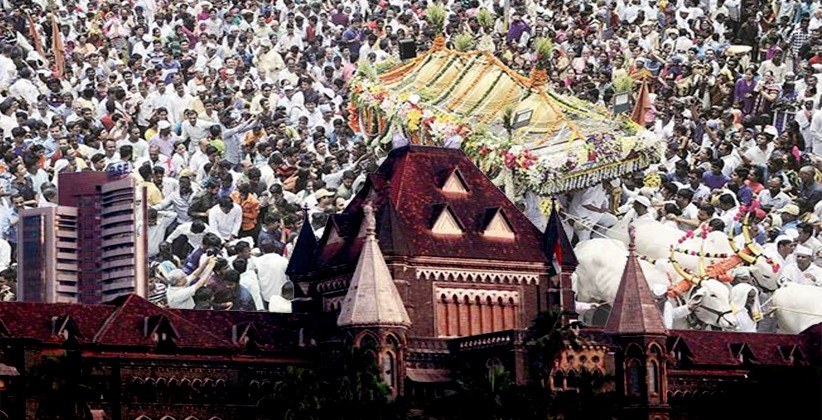 The pandemic induced lockdown in India has brought with it multiple controversies. From breach of rules by a religious congregation in Delhi to the Supreme Court allowing a religious procession to proceed without social distancing, these events have been under extraordinary public scrutiny with supporters vocalizing their support and critics voicing their opinions. Another event has been added to this list as observed by the High Court of Bombay.

In a matter on hand, the court recently refused to grant any relief to the WarkariSeva Sangh which had submitted a petition requesting permission for 100 members to participate in a six-kilometer procession carrying Sant Dyaneshwar’sPalkhi bearing Padukas (footwear) of the revered saint. The event was supposed to take place on the outskirts of Pandharpurain Solapur in the temple of Lord Vitthal.

The court held that in light of the prevailing circumstances of the COVID-19 pandemic, the decision of local administration was sufficient. The local administration and the temple committee decided to cancel the annual event and permit only 20 people to accompany the Palkhi on a state transport bus to the temple.

The matter was heard by the bench od Justice Varale and Justice Tavade. Advocate Mihir Govilkar, the petitioner’s lawyer informed the bench that the tradition had been unbroken since it began irrespective of events like wars, famines, floods, or droughts. Representing WarkariSeva Sangh of Pune through its president Kishore Kamathe and others, he submitted that the Sangh had written to the Pune Divisional Commissioner seeking permission for the procession on 28th May 2020. As there was no reply to the application, the Sangh decided to approach the High Court.

The petition submitted that the participating devotees were willing to maintain social distancing and other guidelines along with providing a list of devotees who would accompany the Palkhi along with their COVID-19 test results. It sought directions from the court to allow 100 devotees of the Sangh to undertake the procession and also allow them to take a holy dip in the Chandrabhaga river on 1st July 2020 along with performing Nagar Pradakshina and other rituals for Ashadhi Ekadashi.

After hearing the submissions and receiving the details of the authorities regarding preparations for the festival, the court held that the decision of carrying the procession with 20 people was sufficient and disposed of the petition.

The procession in the matter would take place in Maharashtra, the region with the highest number of infections in the country. With such a situation prevailing in all districts of the state, mass participation of people in processions would lead to an increased risk of transmission of the virus and lead to further loss of lives.