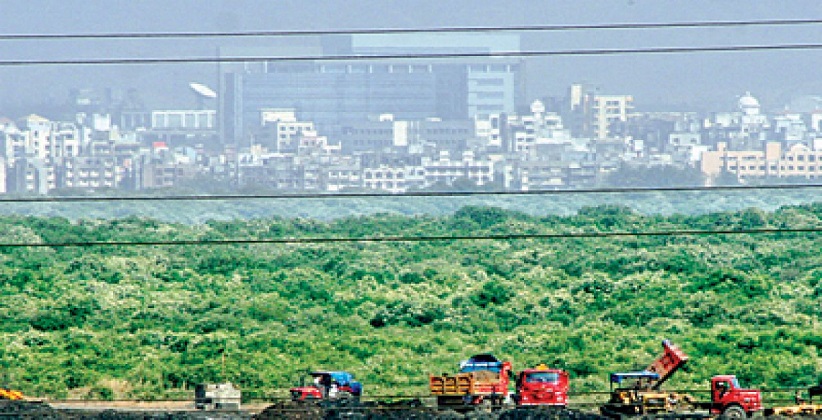 The Bombay High Court (HC) on Thursday, 5th December 2019, vacated its stay on the expansion of the Kanjurmarg dumping ground. Vanashakti, which had petitioned against the BMC expansion plans, said it would challenge the order in the Supreme Court (SC).

A division bench of the Supreme Court comprising Justices SC Dharmadhikari and RI Chagala set aside the stay granted on September 19, 2019 and cleared the way for BMC to carry out the dumping of waste on an additional 52.5 hectare (ha) of land situated adjacent to Kanjurmarg dumping ground, using scientific waste disposal.

In its 14-page order, the bench emphasized that there was a lack of space for dumping and treating solid waste in the city. The city’s second-largest dumping ground at Mulund was shut down in 2018 and earlier this year, the court had directed BMC to stop dumping waste at Deonar dumping ground by December 31, 2019.

“Any reduction in the capacity of the Kanjurmarg site would have an adverse effect on the entire municipal solid waste (MSW) disposal scenario of Mumbai and in turn will cause serious health hazards for the citizens living in Mumbai,” the bench noted in its order. It also noted that the MSW facility was not in violation of CRZ notification and the expansion would be permissible even if the site fell within the ESZ of the Thane creek flamingo sanctuary. “The notification expressly permits under clause 3 (v) that such a facility be set up in the CRZ -III area for treatment of waste,” the order read.

Looking back, the Bombay High Court (HC) on Thursday, 12th September 2019, gave a go ahead to the expansion of the Kanjurmarg dumping ground, after a petition, which stated that the area was a part of the eco-sensitive zone (ESZ) of the Thane Creek Flamingo Sanctuary, came to light.

The Brihanmumbai Municipal Corporation (BMC), which manages the dump, was given an environment clearance (EC) by the Union Environment Ministry in October 2018, in order to expand the 65.96 hectare (ha) dumping ground and use the additional 52.5 ha falling on Coastal Regulation Zone (CRZ) areas using new waste disposal mechanism.

The HC bench of Chief Justice Pradeep Nandrajog and Justice Bharati Dangre has stayed the expansion of the dump and has also directed that notices be served to the BMC, Maharashtra Pollution Control Board (MPCB), various other bodies of the Maharashtra government and the Centre. The agencies have been asked to submit responses and the matter is going to be heard after six weeks from Thursday (October 31, 2019).

An environment group called Vanashakti had filed the petition in July 2019 seeking a stay on the expansion of the dump by arguing that mangroves and inter-tidal areas around the sanctuary would be damaged.

The bench referred back in time that the Supreme Court in 2003 had ordered that 141.77 ha, including the two parcels, to be used as a dumping ground at Kanjurmarg after the MPCB’s decision to close the dumping site at Chincholi Bunder.

The stay order issued by the court on Thursday and published on Friday says: “In view of the order dated November 21, 2003, passed by the SC…and the averments made in the public interest litigation (by Vanashakti), we stay the operation of the impugned notification dated October 29, 2018 (EC).”

The counsel for the petitioner, Zaman Ali said, “The HC order is encouraging as this dumping ground is literally zero metres away from a protected wildlife sanctuary.”

The BMC said the HC had issued the stay without giving them enough time to submit their responses. “Permissions from the Maharashtra Coastal Zone Management Authority (MCZMA) and the environment ministry were issued only because the site lies in CRZ III, which permits construction after first 100 m from the high tide line. Also, waste from all CRZ areas in the city would be taken to this 52.6 ha patch for scientific processing reducing the impact on overburdened landfills,” said the BMC official working on the case, requesting anonymity as the matter is sub judice. “Following the stay, we have no option but to send excess waste to Deonar.”

“The site in question is CRZ I as it gets inundated with tide water regularly, and requires highest protection,” said Stalin D, director Vanashakti. “There is no study done to say the land is CRZ III. It is an adversary classification by BMC. Mismanagement of waste is leading to hazardous conditions with leachate being leaked into the creek.”