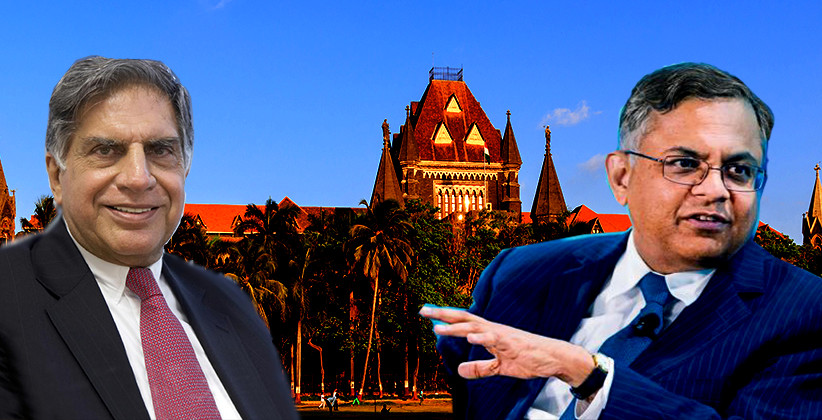 In December 2018, a Magistrate Court in Mumbai issued notices to Ratan Tata and others in the criminal defamation case filed by Wadia in 2016 after he was voted out of the boards of some Tata Group companies.

Tata and others then approached the Bombay High Court seeking to quash and set aside the proceedings initiated against them.

A Division Bench of Justices Ranjit More and Bharati Dangre on July 22, 2019, quashed and set aside the proceedings.

Senior Counsel Abhishek Manu Singhvi, appearing for Ratan Tata, submitted before the court that the defamation case was because of a fallout of a corporate dispute.

He said the entire case was led with complete non-application of mind.

“The case is only a fallout of a corporate dispute between Ratan Tata and Nusli Wadia, who is a strong supporter of Cyrus Mistry,” Singhvi argued.

On the other hand, Wadia, in his complaint before the Magistrate, claimed that Tata and others made defamatory statements against him after they removed Cyrus Mistry on October 24, 2016, as the group chairman of Tata Sons.

Wadia was on the board as an independent director of group companies like Indian Hotels Company, which runs the Taj group of hotels, TCS, Tata Motors and Tata Steel, among others. He was voted out by shareholders at a specially convened general meeting between December 2016 and February 2017.

Wadia said that he approached the court as he was not satisfied with the explanation given by the respondents (Tata and others) following his letters to them.

He, therefore, initiated criminal defamation proceedings against Tata and others under Section 500 of the Indian Penal Code, 1860.

Singhvi argued before the high court that what the complainant, Wadia, has termed as defamatory is wrong and not “defamatory per se”.

“The November 2016 letters and minutes of the meeting circulated by Tata Sons to its group companies only sought for Wadia’s removal as he was acting against the company’s interest,” Singhvi said.

On hearing both the parties, the High Court ruled that a company is well within its rights to remove a Director as per Section 169 of the Companies Act, 2013, if it is found that he was acting against the interests of the company.

The court found merit in Singhvi's submission that there was non-application of mind on the part of the Magistrate in issuing notice. As noted in the judgment,

“The Magistrate before issuing the process, has failed to take into consideration the conspectus of the matter and though it is the duty cast upon him to be satisfied before issuance of a process, he had concluded without any material being placed before him that the statement is defamatory.”

The court observed that there was no prima facie defamation involved and that it could not find any actual harm caused to Wadia's reputation. Moreover, it also noted that the element of mens rea was absent.

It, therefore, allowed Tata's plea, ruling that, “We conclude that the order passed by the magistrate is without application of mind and cannot be sustained and resultantly, we quash and set aside the impugned order.”

If A Cheque Is Lost By The Bank, It Is The Responsibility Of The Bank To Compensate The Loss: NCDRC [Read Order]