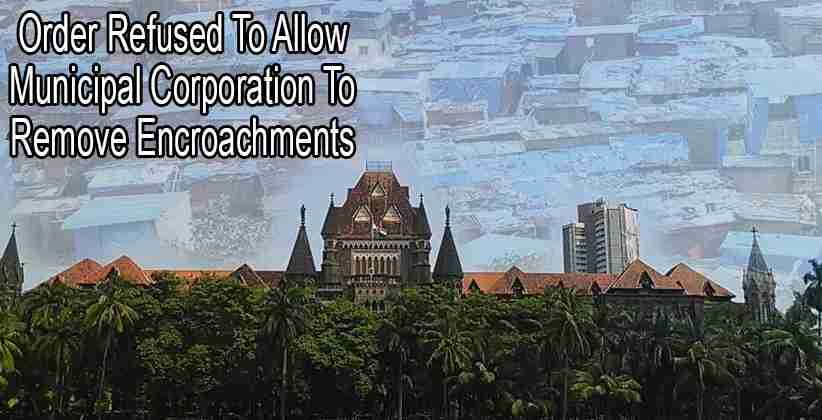 The Bombay High Court on 30th September 2020, Wednesday for the first time conducted a physical hearing in 6 months, and the advocates who were unable to attend did it virtually. While observing it the Court stated that it cannot permit anyone to go homeless in this Covid-19 situation. The Bench was led by Chief Justice Dipankar Datta, comprising of Justice AA Sayed, Justice SS Shinde, and Justice KK Tated where it rejected the application of Pimpri Chinchwad Municipal Corporation (PCMC) seeking the implementation of the National Green Tribunal order. The order of NGT basically averred the removal of encroachments along the riverbeds.

The full bench had passed the order directing extension of all interim orders passed by the High Court of Bombay and all its benches in Maharashtra and Goa and the subordinate courts. The order described that the orders of eviction, dispossession, and demolition which are already passed by the Courts will stay suspended till 31st October 2020 as directed before.

The Bench further noted that-

“In such view of the matter, we consider it just and appropriate to extend the interim order passed on this suo motu petition, which is due to expire today till October 31, 2020, on the same terms as directed earlier.”

And as for the PCMC plea to allow the acquiescence of the order of NGT dated September 26, 2019, and June 16, 2020, the court referred to other orders which have been extended from time to time throughout the pandemic and the Court mentioned that “A larger bench has passed this order. In fact, all High Courts across the nation have passed similar orders against any sort of eviction, demolition, dispossession, etc in view of the pandemic. We cannot allow any to be homeless during this pandemic.”

Thus, the bench refused to proceed further with the plea of PCMC and said, “The persons, who would be affected by the reason for grant of relief claimed in this application are not before us. In such view of the matter, relief, as prayed for, is declined at this stage. It shall be open to the said Municipal Corporation to take steps in accordance with the law, as it may be advised.”