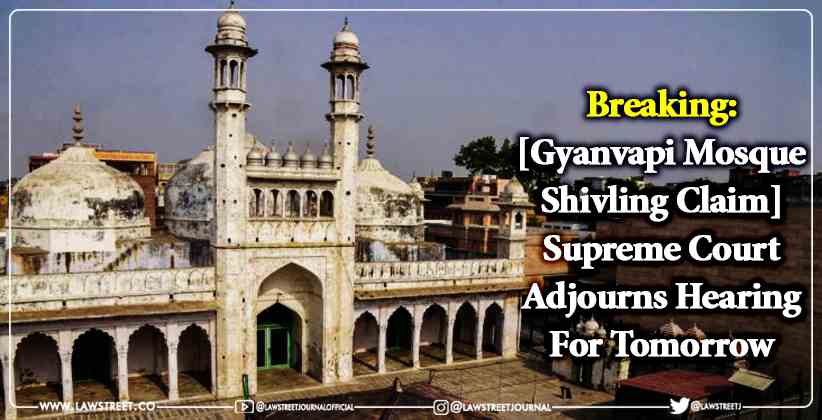 Sr Adv Huzefa Ahmadi: there are applications now for sealing other mosques

Adv Vishnu Shankar Jain requests for a short accommodation: Hari Shankar has been discharged at 12:00 yesterday. Only praying that your lordships may take up the matter tom.

Ahmadi: There are applications have been filed even for sealing of those mosques. I’d only submit that there should not be any further delay.

DYC J: Tom there are 50 matters. Let me talk to my brothers.

Judges discussing amongst themselves.

Ahamdi: My only apprehension is that today an app has been moved before the trial court to alter the wall, wazu khaaana.

DYC J: We'll keep it tom but dont proceed before the trial court today since they have apprehension.

ORDER
The proceedings have been mentioned by Mr Vishnu Shankar Jain (for R1 to R5). Mr Jain states that the counsel who has been briefed would be unable to present before the court.

ORDER
WE DIRECT THE TRIAL COURT TO STRICTLY ACT IN TERMS OF THE ARRANGEMENT AND TO DESIST FROM TAKING FURTHER ACTION IN THE SUIT.

DYC J: The matter will be heard tomorrow with 3 judge bench. Mr Jain, please inform your local counsel there to not proceed. The trial judge does not have to ticker the tape there.

Supreme Court asks Varanasi civil court to desist from hearing the Gyanvapi Survey case today after the lawyer for the Hindu plaintiffs seeks an adjournment in SC for a day.