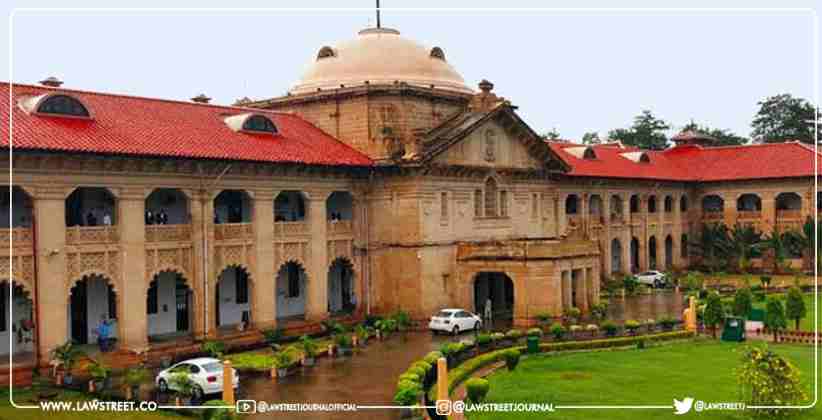 The Allahabad High Court has ordered the Uttar Pradesh Government's Additional Chief Secretary to write a personal affidavit outlining the State's actions following the submission of a judicial investigation report in the Bulandshahr Custodial Death case.

The bench of Justice Ashwani Kumar Mishra and Justice Rajnish Kumar issued the order after noting that the victim died in police custody and that police employees were to blame, according to the judicial inquiry report.

It should be noted that the mother of the custodial death victim has petitioned the High Court to preserve the petitioners' life and liberty, claiming that their son/victim was tortured and murdered because he had entered into an inter-caste marriage of his own free will.

The High Court had stated on January 7 that in such cases, when the accusation is of custodial death, the judicial inquiry u/s 176 (1) A CrPC cannot be permitted to drag on for too long because they are cases that must be treated with the utmost sensitivity and concern.

The Court had also requested the Judicial Inquiry report in the matter, which it received on March 25, and discovered that the report had been delivered to the Additional Chief Secretary, Home, by the District Magistrate on January 18, 2022, but that no action had been taken.

In light of this, the Court stated at the outset that a death in custody is a serious matter, particularly when the claims are proven accurate in judicial investigation and police personnel are found to be culpable for the victim's death. The Court further noted that there was no post-mortem and that the body was incinerated by police officers.

"In matters of this kind we expect the higher officers to be sensitive to the deprivation of liberty and to immediately proceed to take appropriate action, as is warranted in law. We are not convinced with the version of the State that it is a case of suicide by the victim, as the judicial inquiry has come to a different conclusion. An appropriate report ought to have been lodged under Section 154 and investigation ought to have progressed. Claim for payment of compensation also ought to have been considered," the Court further remarked.

In view of this, the Court requested by April 19 a personal affidavit from the Additional Chief Secretary of the Department of Home detailing the State's actions in response to the Judicial Inquiry report. In addition, the Court has demanded an explanation for the actions taken against the officers involved in the case.

As a result, the case has been rescheduled for a hearing on April 19.