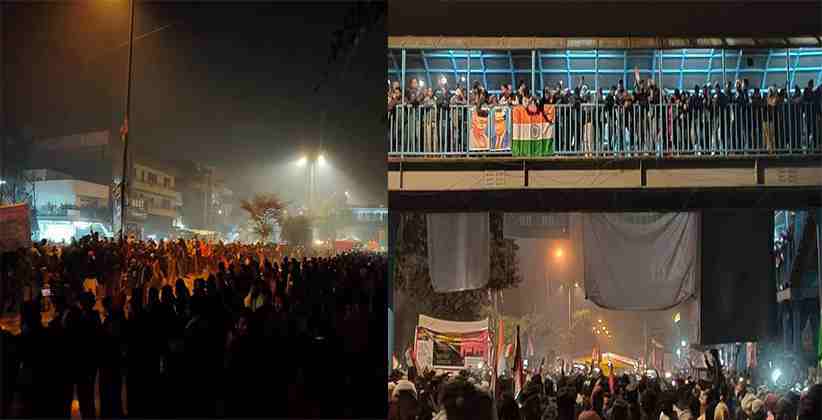 The High Court of Delhi is scheduled to hear a PIL (Public Interest Litigation) tomorrow (January 14, 2020) regarding the reopening of Kalindi Kunj-Shaheen Bagh stretch as well as the Okhla underpass in Delhi which have been closed since December 15, 2019, in the light of ongoing protests against the Citizenship Amendment Act, 2019 and NRC. The PIL seeks to stop the inconvenience caused to lakhs of commuters every day.

The Delhi Traffic Police has issued an advisory for people travelling from Noida advising them to either take the DND Flyway or the Akshardham road to reach Delhi. Since Road 13A, which is in between Mathura Road and Kalindi Kunj is closed for traffic movement, this advisory was issued.

This resulted in a plea that has been filed in the Delhi High Court seeking directions to the authorities to withdraw the closure of Kalindi Kunj-Shaheen Bagh Stretch (Road No. 13 A) as well as the Okhla underpass.

The plea was filed by lawyer and social activist Amit Sahni, who said that the closure has been extended many a times, causing huge inconvenience to lakhs of commuters every day, who have been compelled to take different routes for nearly a month now. The petitioner said, “Several lakh commuters using the aforesaid road are forced to use alternative routes Delhi-Noida-Delhi (DND) Expressway and Ashram, which not only results in brunt of hours of traffic jams but wastage of fuel and precious time also.”

Roads and lanes leading to Shaheen Bagh were packed on Sunday (January 12, 2020) as thousands joined the ongoing protest against CAA and National Register of Citizens (NRC), in what appeared to be one of the largest gatherings at the spot since the agitation began four weeks ago.

While hundreds have been gathering at Shaheen Bagh every day, protesters attributed the increase in numbers on Sunday to the weekend and interfaith prayers held at the spot. Apart from readings from the Bible and the Quran, the prayer meeting, which went on for about two hours, also saw Hindu priests performing rituals.