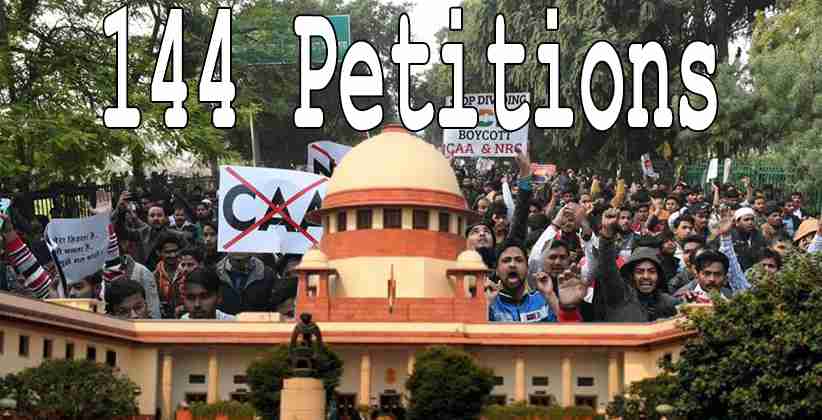 The Supreme Court of India is set to hear a mixed bunch of petitions some supporting while others challenging the constitutional validity of the Citizenship (Amendment) Act, 2019 (CAA). In its previous hearing SC had refused to grant a stay on the implementation of the Act and fixed January 22, 2020 as the date to conduct a hearing on the petitions.

The Supreme Court on December 18, 2019 had refused to grant an order staying the Citizenship Amendment Act, 2019. The court had issued a notice to the Centre scheduling it for January 22, 2020.

The Supreme Court back then had heard 60 petitions filed against the CAA together. A total of 59 petitions were listed before a bench comprising the Chief Justice of India, SA Bobde, Justices BR Gavai and Surya Kant. Among the petitioners were Jairam Ramesh of Congress, Asaduddin Owaisi of AIMIM, Mahua Moitra of TMC, RJD's Manoj Jha, the Jamiat Ulema-a-Hind and the Indian Union Muslim League.

The Attorney General of India, K.K. Venugopal argued that, “There are four judgments of the SC that say that the Act cannot be stayed.”

Rajeev Dhavan had said that the Act hadn’t come into existence, its rules are yet to notified. Currently, the CAA stand notified, January 10, 2020 being the date of the notification. The CJI told lawyers who were still pressing for a stay of CAA, 2019 even after the next case was called that, “We are not going to hear this case today. There is a need to publicize why the Act (CAA) is passed.” To which Venugopal agreed saying that, “We will do that.” The Chief Justice's comments had come on a submission made by Advocate AK Upadhyay that there is a lot of confusion regarding the objective of CAA, 2019.

Policeman Caught On CCTV Stealing Packets Of Milk In Noida