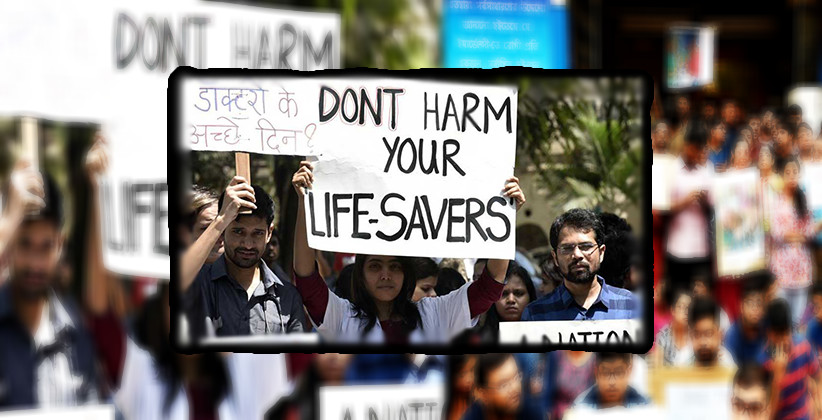 The Calcutta High Court today (June 14, 2019) has refused to pass any interim order on the strike by junior doctors at state-run hospitals in protest against the brutal attack on two of their colleagues by family members of a patient.

The court also directed the West Bengal government to apprise it of the steps taken following the attack on the junior doctors at a city hospital on June 10, 2019.

The Chief Justice, during the hearing of a Public Interest Litigation (PIL), reminded the striking doctors of the 'Hippocratic Oath' they take to ensure the welfare of all patients and fixed June 21, 2019, as the next date of hearing.

Junior doctors across all state-run hospitals in West Bengal have called for a strike, demanding adequate security in medical colleges and hospitals, after two of their colleagues were brutally beaten up at NRS Medical College and Hospital in the city.

Emergency wards, outdoor facilities, pathological units of many state-run medical colleges and hospitals and a number of private medical facilities in the state have remained closed over the past three days in the wake of the protest.

Sec 17 CPC: Suit In Respect Of Different Properties Can Be Filed In Any Of The Courts Having Jurisdiction If Cause Of Action Is The Same Says SC