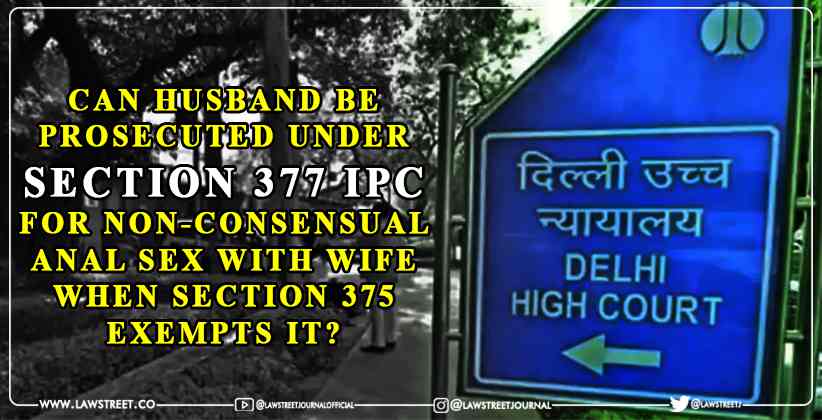 The Delhi High Court has delinked from a batch of pleas seeking criminalisation of marital rape. The plea Abdulla Khan v. Union of India and Others is seeking to declare that a husband cannot be prosecuted for the offence of unnatural sex with his wife under Section 377 of the Indian Penal Code, when exception 2 to Section 375 gives exception to marital sex from the offence of rape.

A division bench comprising of Justice Rajiv Shakdher and Justice C Hari Shankar has reserved its judgment in the bunch of pleas challenging the exception to Section 375 of the Code, after marathon hearing continuing for days.

Delinking the petition from the said batch of petitions, the Court said that it will be hearing the matter separately while listing it on March 11’2022.

The petition filed by Advocate Amit Kumar raises the question as to whether the 2013 amendment to Section 375 is inconsistent with Section 377 qua the legally wedded citizens. After 2013 amendment, the scope of the offence of rape has been expanded to cover penetrative acts other than penile-vaginal. So when exception 2 to Section 375 excludes marital sex from the offence of rape, it is anomalous to prosecute a husband for non-vaginal penetrative sexual acts under Section 377 IPC, the petitioner argues.

Arguing that after amendment in Section 375, the penal law of the country has become uncertain, the petition seeks a declaration that it is unconstitutional to prosecute the man for the "unnatural" sexual relations with his wife.