Home Judiciary Case Based on Circumstantial Evidence is a Factor in Favor of the Accused: SC
Judiciary 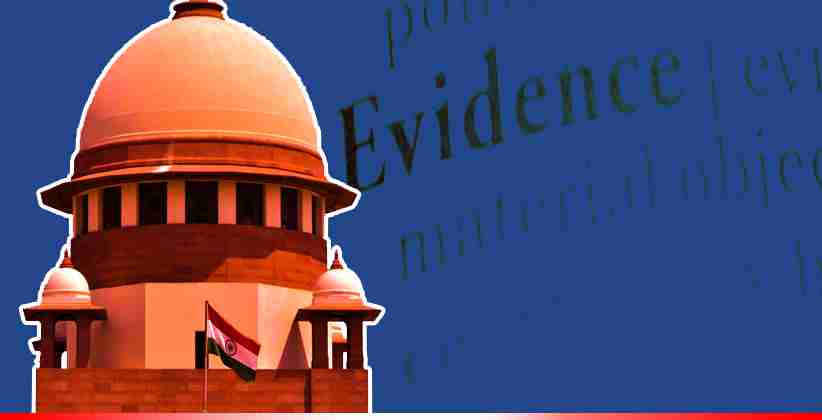 Supreme Court reinstated in Anwar Ali case, that if the motive of the accused is not established in a case that is to be assessed on the parameter of circumstantial evidence, then the same is taken in the favor of the accused.

In the present case, the accusers were accused of murder. The charges against the accused were confirmed by the Himachal Pradesh High Court. Conversely, the appeal is filed before the Supreme Court by the accused to be non-guilty and thus prayed to release the charge of murder framed upon them.

The contention raised in the appeal by the accused was that since the prosecution has failed to establish the motive for the above-stated charge, thus the accused is to be acquitted on the lack of clear motive.

It was further contended that the recovery of the jeep from Chandigarh and recovery of photographs and a mobile phone from the jeep create a cloud of suspicion as there is no clue or proper information with respect to the recoveries or no direct link to strengthen the case and charged against the accused. The investigating officer in the present case also did not follow the procedure as is required to be followed under Section 166 (3& 4) and Section 100(4) Cr.P.C.

The Court in this case held that even though it is a set proposition of law that solely in the absence of motive one cannot set aside the entire case, as settled in Suresh Chandra Bahri v. State of Bihar 1995. In the present case, it was explicitly held that if the motive of the accused is established, it makes a direct link with the circumstantial evidence but the absence of the same cannot be a ground to dismiss the case entirely.

Thus the bench while allowing the appeal held that the findings made by the High Court and the Judgment this pronounced by the High Court of reversal of the acquittal order pronounced by the trial court is not justified as the trial court took into consideration all the valid circumstantial evidence or record and after proper application of mind the charges were dropped.

The Hon’ble Supreme Court states that in the present case the failure of the establishment of a vivid motive of the accused demands their acquittal.